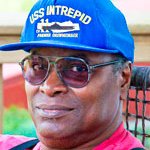 James honorably served his country in the United States Navy. James served on both the USS Enterprise and USS Intrepid aircraft carrier groups, which involved several international deployments. After serving his country, he went on to have a successful career as a millwright, which allowed him the opportunity to be involved in the construction of both the Salem One and Salem Two nuclear power plants. He served 30 years with the Millwrights & Machinery Erectors 1545. Following his retirement, James remained engaged and committed to helping U.S. military veterans. He was also an active member of the American Legion Post 73.

Mr. Urquhart’s service will be private and his final disposition will be held in Albert G. Horton Jr. Veterans Cemetery, Suffolk, Virginia.