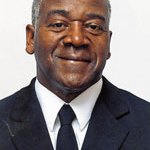 His life began on Nov. 4, 1951, in Como, North Carolina, born to James and Lucille Hill Riddick.

James, also known as “Duck,” attended the Franklin City Public Schools where he was a 1971 graduate of Franklin High School. Upon high school graduation, he served in the United States Army. After his stint in the military, he furthered his education and graduated from Paul D. Camp Community College, and later he received a bachelor of arts degree in theology from The International Seminary in Plymouth, Florida.

James was a member of Pleasant Shade Missionary Baptist Church, where he served as an associate minister, a member of the Men’s Ministry and a Bible School teacher until his health declined.

He was preceded in death by his parents and oldest sister, Emily.

The service for Elder Riddick is private; however, a public viewing will be held in the funeral home on Monday, Nov. 9, from 2 to 7 p.m.

Please share your condolences with the family at wmjohnsonandsons.com

Due to COVID-19, by request of the family, temperatures will be taken and please wear a mask to enter.