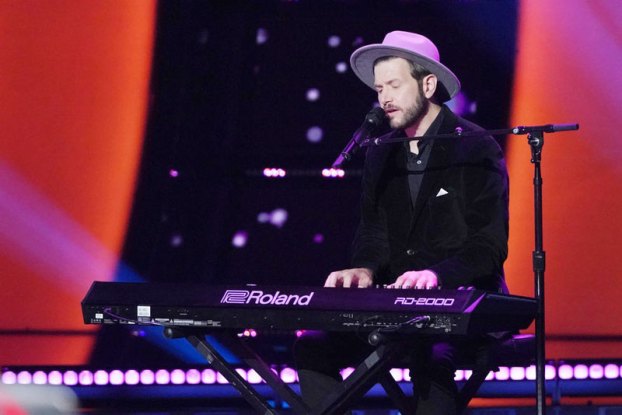 Sid Kingsley, a native of Branchville, performs during the Blind Auditions segment of "The Voice on Oct. 20. KIngsley chose Bob Dylan's song, "Don't Think Twice, It's All Right" for this audition. — Courtesy | Tyler Golden/NBC

Branchville native impresses on ‘The Voice’

Sid Kingsley wants to be as creative as possible

Sid Kingsley didn’t suddenly become nervous when he auditioned for the four judges on the NBC-TV series “The Voice.” No, he had been feeling that way, for at least a month, before the appearing in the Blind Audition segment of the music talent show this past summer. But Kingsley didn’t let any apprehension get in his way. Instead, the Branchville native wowed the panel and remote-viewing audience with his bluesy and soulful performance of Bob Dylan’s song, “Don’t Think Twice, It’s All Right.”

Within seconds of beginning, Gwen Stefani said, “Wow, that’s amazing!” She hit the button within a split-second after John Legend, both signaling their interest in coaching Kingsley. Blake Shelton followed, and Kelly Clarkson held out until the end.

During the song, the camera would cut back and forth from him, the judges and also his parents, Sidney and Judy Kingsley of Como, North Carolina. Shannon, his half-sister from Franklin, was with them as they watched remotely. The public got to see and hear Sid on Oct. 20. There will be other performances by him and fellow contestants in the weeks to come.

After some coaxing, Kingsley, 37, chose Legend to be his guide during the season.

During a recent phone interview with The Tidewater News, he said, “John Legend would definitely be my pick.”

The decision to participate on “The Voice” was not a sudden fancy. Kingsley quickly acknowledged the idea and support came from his fiancée, Gabrielle; both live in Richmond.

“She’a an amazing painter and photographer, and something of the other half. Together we’re one whole artist,” he said.

Long before developing his singing voice, Kingsley had become proficient at several other instruments. “I always grew up with R&B and wanted a saxophone at an early age. I got my first in fifth grade,” he said, adding that piano, organ and guitar followed. Singing was something he could already do, but thought that everyone had the ability. Kingsley said he was really shy about playing before anyone one.

Music was “my private thing.” He wouldn’t even go to the Governor’s School for the Arts after being invited. “I didn’t want to be critiqued.”

He went on to perform in band in high school, and after graduation to Chowan University and then Radford University to major in music business.

“Once I realized that I wanted to perform music as a professional, I knew a degree would do absolutely nothing for me. I chose to pursue without a safety net,” said Kingsley.

He began to double-down in practicing piano for 10 to 13 hours a day. Singing, writing songs, playing bass guitar and everything else were included.

For a time, Gabrielle and he lived and worked in New York City (“A dream come true”), and he’d perform during open mic night at Cafe Vivaldi in the Village. The couple moved to Richmond about eight or nine years ago, and Kingsley later joined a band and eventually formed his own, Kingsley.

“I had been doing the whole bar scene on the East Coast. Playing sometimes before 100 or 200 people, or for just those behind the bar. It gets old and does not pay the bills. I felt like I was turning wheels,” he said about the move. 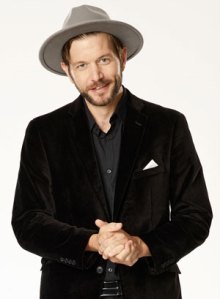 Sid Kingsley of Richmond, originally of Branchville, is one of several contestants on “The Voice” this season. — Courtesy Chris Haston/NBC

“You grow out of your comfort zone,” he continued, and told how his fiancée said he should try to get on “The Voice.”

She made a video of a performance, and they sent it in. Within a couple of days, they got word inviting him to audition in Raleigh, North Carolina, this past February. Then they got a call from “The Voice” congratulating Kingsley for being chosen as contestant.

He went to Los Angeles in late July and played his song in early August.

The song he picked was on a list of choices.

“I got really lucky,” said Kingsley. “I’m a huge Dylan fan and was super-psyched about it.”

The pandemic, he added, has been a help to him.

“Music-wise, with COVID-19, it’s allowed me to slow down and assess. I have focuses on writing, and also taking up photography, recording and writing — switching gears. I’m just being as creative as I can possibly be.”

To learn more about Sid, visit www.sidkingsleymusic.com, and listen for him on “The Voice.”