FRANKLIN — Beverly Rogers Whitley, 85, passed away on Oct. 20, 2020, in Southampton Memorial Hospital. Born on Feb. 24, 1935, in Suffolk, she was the daughter of the late Rudolph and Sarah Leigh Scott Rogers. 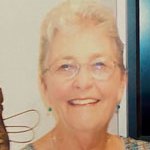 Beverly was a 1952 graduate of Franklin High School and attended Mary Washington for a year before transferring to Stuart Circle School of Nursing, where she earned her Registered Nurse degree. She worked at Columbia Hospital in Columbia, South Carolina for a year before moving to Chuckatuck. Beverly then worked for Obici Hospital for 10 years as a head nurse before becoming one of the instructors in the School of Practical Nursing where she worked for 29 years before retiring in 1995.

Beverly was a member and a trustee of Wesley Chapel United Methodist Church in Chuckatuck. She was the last living original founder and member of the Chuckatuck Bridge Club, and was also a member of the Garden Club and Junto Women’s Club.

Burial will be private.

The family will receive friends from 6 to 7:30 p.m. on Monday, Oct. 26, in Wright Funeral Home, and suggests memorial donations be made to Wesley Chapel United Methodist Church, 220 Kings Highway, Suffolk, VA 23432. A public memorial service will be announced at a later date.

HEPHZIABAH, Georgia — Vivian L. Joyner Alston passed away on Oct. 19, 2020. A graveside service will be held on... read more