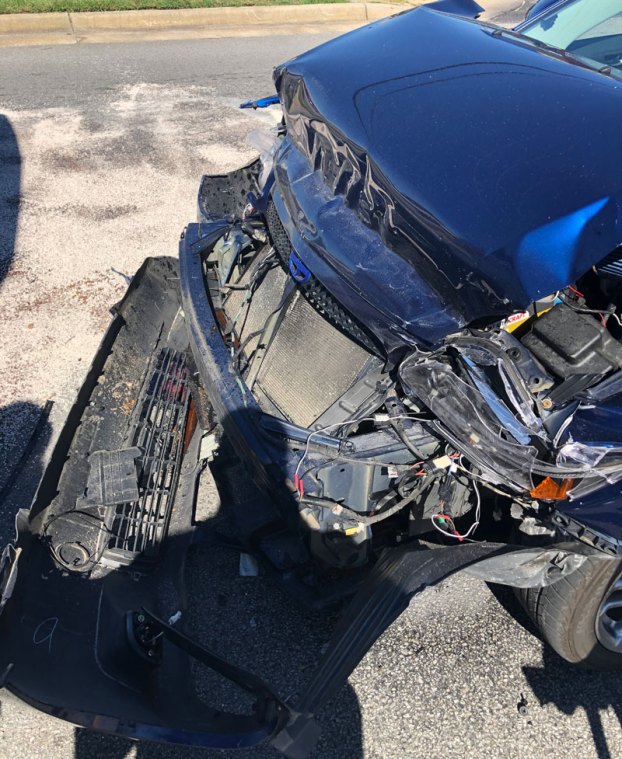 The front end of this Toyota was heavily damaged after its collision with the Franklin City Public Schools activity bus earlier on Wednesday afternoon. -- Submitted Jeffrey Ryder 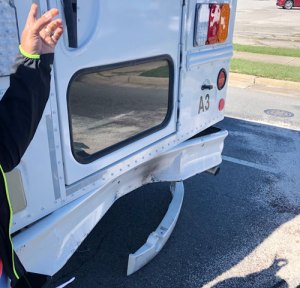 The rear end of the bus had comparatively minor damage in the collision. — Submitted Jeffrey Ryder

There were no injuries when an automobile crashed into a Franklin City Public Schools activity bus earlier this afternoon, according to division spokeswoman Cleo-Symone Scott.

Scott informed The Tidewater News that the driver of a Toyota collided with the bus around 12:23 p.m.

“The bus was stopped waiting for a vehicle in front of the bus to turn left into the Walgreens at the corner of Armory and College Drive,” she said.

There were never any students in the school’s vehicle because it was used to deliver meals.

“The Toyota sustained heavier damage than our activity bus due to the size difference,” said Jeffrey Ryder, FCPS assistant superintendent of Nutrition, Operations and Special Programs, who confirmed there were no injuries reported by either driver.

“Ironically, a Franklin City police unit happened to be in the Sunoco gas station at the time of the accident and was basically already on scene,” said Ryder. “No one was arrested or blame placed. It was clear to all that the school division was rear ended and clearly not at fault.”

NEWSOMS Another school division in Western Tidewater has been affected by the pandemic. An employee of the Southampton County Public... read more