FRANKLIN — Wamer Lewis Mayes Jr., 57, passed away on Oct. 7, 2020, in Sentara Obici Hospital, after a brief illness with family by his side. 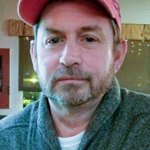 He was born in Emporia and grew up in Waverly. Wamer is predeceased by his father, Wamer Lewis Mayes Sr.

Wamer was a 1981 graduate of Tidewater Academy, and spent 40 years in the petroleum industry, most recently with J.F. Petroleum as Richmond branch service manager.

He was a member of the Waverly Volunteer Rescue Squad for many years and held many positions including captain.

Wamer was a member of Courtland Baptist Church.

He absolutely loved the Outer Banks of North Carolina and spent every free moment there with friends and family.

A memorial service will be held at 2 p.m. on Sunday, Oct. 11, in Wright Funeral Home, with Pastor Randy Wright officiating. Burial will follow at the Waverly Cemetery.

The family suggests that memorial donations be made to the Wounded Warrior Project.org.

EMPORIA — James A. Vincent Sr., passed away on Sept. 26, 2020, in the Southern Virginia Regional Medical Center. He... read more