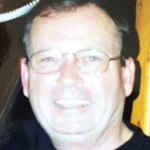 Born in Fort Benning, Georgia, he was a son of the late John Seymour Anderson Jr. and Frances Howard Anderson Bingley.

John was a security and fire control manager for DRS Aviation and head of security at the Coast Guard Base in Elizabeth City.

He was a member of the National Rifle Association.

John loved the water and lived on his boats for 25 years with his last boat being named the Captain ED II.

A graveside service will be held at 2 p.m. on Thursday, Oct. 1, in Southampton Memorial Park with the Rev. Steve Gibson officiating.

The family suggests that memorial donations be made to any favorite charity.