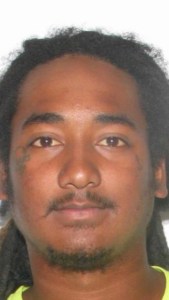 Virginia State Police are asking Western Tidewater residents to be on the lookout for a Hampton man wanted in connection with a fatal car accident.

On Sept. 8, a grand jury indicted Kalik Kydarial Newsome, 23, on charges of involuntary manslaughter, felony elude and driving under the influence – second offense. The charges stem from an accident that occurred the evening of Feb. 7, when a state trooper observed a 2017 Honda Civic traveling at a high rate of speed with no headlights in the eastbound lanes of Interstate 64, west of the Hampton Roads Bridge.

According to state police spokeswoman Sgt. Michelle Anaya, the driver accelerated and refused to pull over when the trooper attempted to make a traffic stop, exceeding speeds of over 100 MPH. As the driver attempted to exit the interstate at Mallory Street, he lost control of the vehicle, causing it to overturn several times, ejecting Newsome and killing Robert L. Hamm II.

At the time of the accident, Newsome had told investigators that Hamm had been driving, but upon further investigation and witnesses to the accident coming forward, police are now saying Newsome was the driver.

Newsome’s last known residence was in the 500 block of Smiley Road, Hampton. Anyone with information on his whereabouts is asked to contact state police at 757-424-6800 or email questions@vsp.virginia.gov.