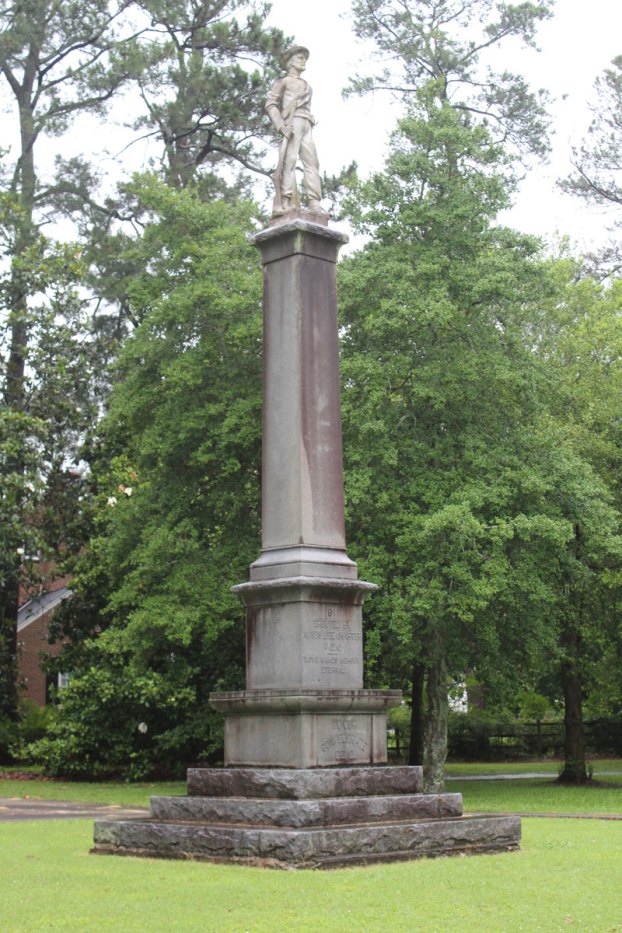 Franklin monument will be moved

Franklin’s City Council voted 6-1 on Monday to relocate its Confederate monument to Poplar Springs Cemetery — about half a mile from the public park where it’s currently displayed.

Councilman Linwood Johnson made the motion to do so, which was seconded by Councilwoman Wynndolyn Copeland. As part of Johnson’s motion, a new monument honoring veterans of all wars will be erected in its place at the center of Memorial Park.

Three weeks prior to the vote, Franklin held a public hearing on the matter, which drew more than two dozen speakers. Changes to state law, which took effect July 1, require such a hearing before any locality can legally remove, relocate, cover or add signage contextualizing its monuments.

The dissenting vote on Johnson’s motion came from Councilman Mark Kitchen, who said he’d spoken with more than 80 Ward 1 residents, most of whom indicated they want the statue to remain where it is.

“Every Saturday and every Sunday, weather permitting, at 6:22 p.m. tonight when I rode by, there are families — white, black and brown — getting along, mingling, playing, laughing, while under the shade of the monument,” he added. “Where is the fear and intimidation that I keep hearing about?”

“The African American community are the ones who are offended by this statue that is dedicated to the Confederates, who were traitors to the Union,” said Councilman Greg McLemore. “In Iraq, they got rid of the statues of Saddam Hussein when they lost the war. In Germany, when they lost the war they got rid of the statues, but the Confederacy, they killed American people and we want to keep statues up of them? … As many of the African Americans feel and is going throughout the nation, I don’t see a reason to pay homage to people who killed American soldiers.”

McLemore, however, agreed with Kitchen that he would prefer Franklin taxpayers not fund the statue’s removal. McLemore had initially suggested tabling the issue until the city can get more information on what it would cost not only to remove the monument but also to re-erect it at Poplar Springs, and later suggested auctioning it like the city does for surplus police vehicles when they’ve reached the end of their usefulness. A representative from the city’s law firm, Sands Anderson, however, said he didn’t think an auction was one of the authorized methods of removing monuments under the new law.

City Manager Amanda Jarratt informed the members of Council that it was her understanding that even  though the city is ultimately planning to keep but relocate its monument, it must still, for a period of no less than 30 days, offer the statue to museums, historical societies, other government entities or battlefields. The city, however, is under no obligation to accept any such offers, as state law makes clear that localities have the sole authority to determine the final disposition of their monuments.

Jarratt said the city is now anticipating a cost anywhere from $33,000 to upwards of $85,000 to move the monument. That cost includes re-erecting it in Poplar Springs, she said. As that figure exceeds $30,000, the city would be required to issue a formal request for proposals, advertise that RFP for at least 10 days, and then score responses from bidders.

But it’s unclear what those requirements do to the timeline for removing the statue from its current location. Some localities, such as Surry County and Virginia Beach, have removed and stored their monuments only days after their respective governing bodies voted to do so.

CAPRON The Virginia Department of Corrections, on Saturday, confirmed a second outbreak of COVID-19 has indeed occurred at the Deerfield... read more