GAINESVILLE — Paul Peter Kume, 86, of Gainesville, Virginia, passed away on Tuesday, Aug. 25, 2020, in his home surrounded by close family. 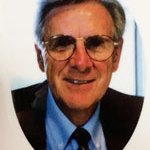 The burial will soon follow at Fairfax Memorial Park in Fairfax, Virginia.

In lieu of flowers, the family requests a donation be made to the Diocese of Arlington for vocations of the priesthood in Paul’s memory: ‪200 N. Glebe Road, Suite 704, Arlington, VA 22203-3728‬.

He graduated from the St. Charles College and St. Mary’s Seminary.

He was a member of the U.S. Army for two years and stationed in Korea for part of his service.

On Oct. 12, 1968, he married Peggy Forberger. Paul was employed as a federal employee with the U.S Department of Agriculture for 34 years. At one point he was working in Southampton County, Virginia. Most of his federal service he was part of the USDA Peanut Program.

He was an avid golfer, gardener and quite meticulous in his lawn/yard care. In his retirement he also worked part-time at several local golf courses and was an avid traveler.

He was also a member of the 4th degree of the Knights of Columbus. In addition, Paul enjoyed spending time with his children and grandchildren.

Paul joins both his parents and his brother, Andrew.

Paul is survived by his wife, Peggy; two children, Paul P. Kume Jr. and his wife, Susan of The Woodlands, Texas, and Jennifer Marie Kume and her partner, Dan Crumity of Bristow, Virginia; three grandchildren, Daniel, Carter and Cara; his sisters, Agnes Gayle of Franklin, Virginia, and Helen Mathews of Richmond, Virginia; along with several nephews and a niece.