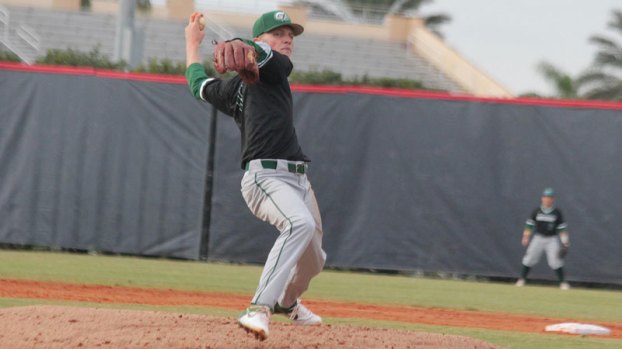 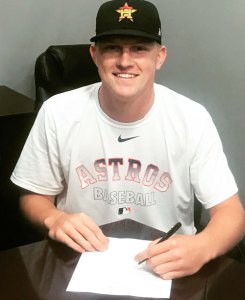 The Houston Astros welcomed a new member to its team — Hunter Peck.

The George Gwinnett College student said he signed a few weeks ago. Barring further complications from the COVID-19 pandemic, the 23-year-old will first attend an instructional camp, followed by spring training early in 2021. Peck anticipates he’ll later be assigned to a minor league as a starting pitcher for his rookie year.

Peck recalled his start in the game at 5 or 6 years old and then competitively around 8. He belonged to Sedley and Newsoms teams and the county league. He also did travel leagues in Suffolk and baseball in high school.

“My greatest memory is winning the big tournament in Colonial Heights with a bunch of kids from the county,” added Peck. “I was probably 12 years old.”

Following graduation from Southampton High School in 2015, he went to Ferrum College, and transferred after two years to GGC. In addition to playing baseball for the college, Peck is majoring in business administration and has only a year left to complete his degree.

This past season, Peck said, he threw for 38 innings and had a 0.00 earned run average, along with 58 strikeouts and two walks before the season ended.

The offer to sign with a major baseball team wasn’t a shock.

“I had been talking to a lot of scouts for a while,” he said, and further explained that his baseball abilities became more widely known through a video someone made of him playing was put on social media.

Scouts from Cincinnati Reds and Arizona Diamondbacks also took a look at Peck’s work and stats. He said the “Astros like the way I carry myself on the mound and compete.”

Possibilities became more serious when he entered into talks with an Astros scout in North Carolina.

Meanwhile, Peck has been working out and growing in the game.

For the college’s announcement, he said, “I am very overwhelmed and excited to live out my dream and do what I have wanted to do since I was little kid,” said Peck after signing the professional contract. “GGC was the best thing that ever happened for me. Everybody pushed me to be the best that I could be.”

Most recently, he told the paper, “I’m waiting for them to call me, and am hoping in two months to get a call.”

Hunter is the son Dana Devantier and David Peck, and has two brothers, Tyler and Rob Gay.

Andre Garces passes the ball to the next player. — Submitted Megan Shultz By Megan Schultz FRANKLIN On the week... read more