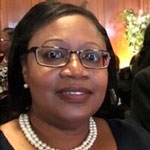 MIDLOTHIAN — Patricia Griffin Mason is the first of two children born to Howard Owens and Minnie Griffin. She was born in Southampton County in Sedley, Virginia, on March 13, 1962. Patricia confessed to Christ at an early age as a member of St. Paul Holiness Church. She departed this life on Friday, Aug. 21, 2020, in Johnston Willis Hospital, Midlothian, Virginia.

Patricia attended the Southampton County Public Schools System, where she graduated in 1981. After a short break following high school, she attended Virginia Union University in Richmond, Virginia, where she obtained a Bachelor of Science degree in Business Administration in 1986.

Patricia began her career at Crestar Bank in the Trust Funds Department, located downtown in Richmond. After five years of parking downtown 3-5 blocks away from her place of employment, she decided to apply for an administrative/budget analyst position with Chesterfield County Commonwealth Attorney’s Office. It is in this position that she found her purpose and enjoyment in the workforce. She was often sought out by management and co-workers to answer questions, apply for grants, execute payroll documents and to work solutions for other difficult issues to ensure the business conducted by the Commonwealth Attorney’s Office was not impeded. She held this position for 20 years.

While Patricia enjoyed her work, her greatest love and passion, without question, was cooking a full buffet of food to serve to family and friends. She was always a humble and gracious host.

She was preceded in death by her father, Howard Owens; grandparents, Richard and Lucy Owens; aunt, Shirley Owens; and uncle, Richard Owens Jr.