A Windsor man is in custody on multiple charges related to child exploitation, according to Lt. Tommy Potter, spokesman for the Isle of Wight County Sheriff’s Office.

A search warrant was carried out on Aug. 21 at the home of Christopher R. Ward, whose last known address is in the 28000 block of Spivey Town Road, Windsor. 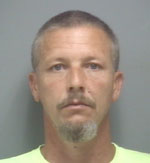 Potter stated that investigators with the agency worked in conjunction with the National Center for Missing and Exploited Children and the Bedford County Virginia Sheriff’s Offices Southern Internet Crimes Against Children Task Force.

“The investigation is a continued effort between the Isle of Wight County Sheriff’s Office and other regional law enforcement agencies to combat the exploitation of children via the internet or by electronic means,” Potter stated. “The Isle of Wight Sheriff’s Office will continue to commit resources to investigate those individuals who seek to exploit or victimize children.”

Ward was taken to the Western Tidewater Regional Jail and is being held without bond.

RICHMOND The Courtland branch of the Virginia Department of Motor Vehicles will reopen along with three other sites throughout the... read more