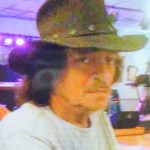 Born in Savannah, Georgia, he grew up and lived in Hampton for many years, where he was a member of Victory Baptist Church, and had DJ’d under the name “Sly Dog” for many years.

Sixteen years ago he relocated to Courtland and was a member of the Franklin Cruising Car Club and the Suffolk Moose Lodge.

He was an Army veteran, a music enthusiast, played the guitar and was an Elvis impersonator.

He is preceded in death by his parents, George and June Beck.

He is survived by his wife, Patricia A. Beck; his daughter, Lisa Beck; his cousins, Bobby Brown and Lisa Skinner; his father-in-law, Marvin Krenisky; his brother-in-law, Eric Krenisky; special friends, Debra Martin and her family; and Jackita Ralph. Michael loved all of his animals, especially his cat, “China.”

A service will be conducted at 11 a.m. on Tuesday, Aug. 18, in Victory Baptist Church, and interment with Army honors will be in the Albert G. Horton Jr. State Veterans’ Cemetery.

R. Hayden Smith Funeral Home in Hampton is in charge of arrangements.

WINDSOR — Jack Clinton “J.C.” Arrington Jr. passed away peacefully at home with his family by his side on Aug.... read more