Consider the side effects

I have to have my blood taken every few months, so I’m familiar with the process. I arrive prepared with my right sleeve rolled up and my hand squeezing an imaginary stress ball. I give my name and date of birth to the phlebotomist and confirm the doctor who placed the order. 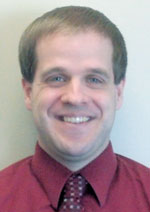 My blood must be monitored frequently. I take a medication that helps combat my autoimmune disorders, but that medication can have some nasty side effects. The medicine can affect my liver and kidneys, so my doctor insists we check my blood frequently to ensure the drug isn’t doing more harm than good.

Nearly all medication has some side effects, but patients are typically told about the side effects and monitor them with their doctors.

Our country is facing a virus that has spread from sea to shining sea, and government officials and health care experts have put plans in place to help slow the spread. Perhaps we can compare it to a nationwide medicine. I am glad we are taking it seriously, but I am concerned that we are ignoring the side effects.

The closure of our country has caused a spike in those struggling with their mental health. Mental health professionals have seen a massive increase in people reaching out for help. A federal emergency hotline for people facing emotional distress increased 1,000 percent this April compared to the same month of the previous year. While numbers in this area can be difficult to pinpoint, nearly every mental health facility or doctor has seen a significant increase in suicide attempts. Dr. Mike deBoisblanc of John Muir Medical Center in Walnut Creek, Calif., went on record to say the number of suicide attempts in four weeks of quarantine surpassed the numbers for the previous year. He went as far as to state that the number of mental health fatalities in his hospital exceeded the number of deaths from COVID-19. This is a side effect of the treatment for COVID-19, but it’s not a side effect most people want to discuss.

Another side effect that we hesitate to discuss is the effect that the closure of in-person schools will have on children who do not have involved parents. Last week, I spoke with numerous kids regarding the virtual end to last year’s school year. None of them completed the online work and were now repeating a grade or taking summer school, and those in summer school were told they would pass “no matter what” they did or did not learn. What will another year of virtual classes bring to kids without involved parents?

This virus should be treated seriously, and there are certain steps we should take to combat the spread. However, we should also be aware of the side effects of the treatment we have chosen, monitor them closely, and consider them in our decisions as we determine how to continue to combat this illness.

NATHAN RICE is a Hampton Roads native and can be reached at nrice@abnb.org.

Change is needed in local school board

[Note: This version corrects errors made in the original online publication.] The Southampton County Public School Board held a special... read more