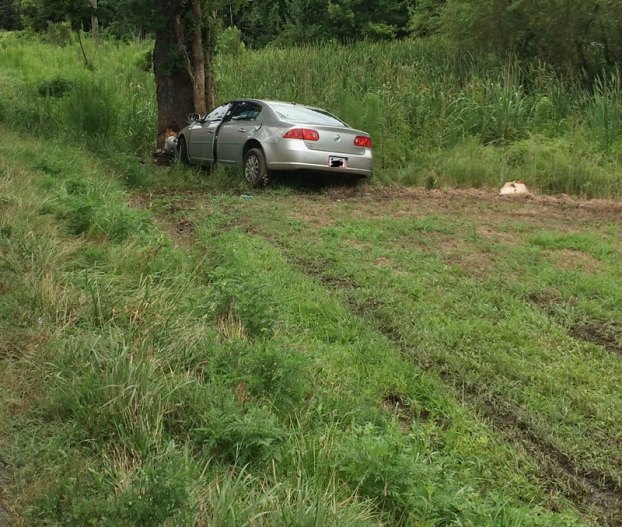 Lavonta Jamal Johnson of Petersburg, the driver of this 2008 Buick, died after losing control of his vehicle and hitting this tree off the westbound lane of Route 460 in Zuni on Monday afternoon. -- Courtesy Virginia State Police

Accident on 460 results in fatality

A single vehicle fatality occurred in the westbound Route 460 (Windsor Boulevard) east of Route 639 (Ecella Road) on Monday. According to Sgt. Michelle Anaya, spokeswoman for the Virginia State Police, the accident occurred at approximately 1:30 p.m.

The driver of a 2008 Buick, Lavonta Jamal Johnson of Petersburg, was traveling in the westbound lanes of Route 460 at a high rate of speed when Johnson lost control, hydroplaned, ran off the roads striking a tree. Johnson, 20, died at the scene. He was not wearing a safety belt and it is unknown if alcohol was a contributing factor.

One westbound lane had to be temporarily closed because of the accident.

Notification to family members has been made.

[This version updates the original posting on Monday afternoon.]