HENRICO, N.C. — Donald Edward Rountree Jr., 80, of Henrico, North Carolina (and previously of Franklin), departed this life and went to his Heavenly Home on Thursday, July 30, 2020. 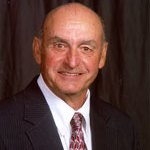 Don was preceded in death by his mother, Margaret Johnson Rountree and his father, Donald Edward Rountree Sr., both of Franklin.

Don was a graduate of Southampton High School in 1959 and of Chowan College in 1961.

He served six years in the Virginia Army National Guard.

Don was an active member of Pleasant Hill Christian Church in Gasburg, Virginia, and loved his church family. He served both as a deacon and an elder.

He retired from Union Camp Corporation in Franklin, as a supervisor in the Pulp Mill after 37 years.

The family would like to thank Magnolias of Chesterfield in Chester, Virginia, for the care that they gave him for the last two years.

A graveside service will be held at Pleasant Hill Christian Church in Gasburg on Saturday, Aug. 8, at 11 a.m. To uphold safety guidelines, all guests are asked to wear a mask and respect social distancing requirements.

In lieu of flowers, donations may be made to the Pleasant Hill Church Benevolence Committee, P.O. Box 550, Gasburg, VA 23857.

Condolences may be expressed at www.williamsfuneralhomeva.com.