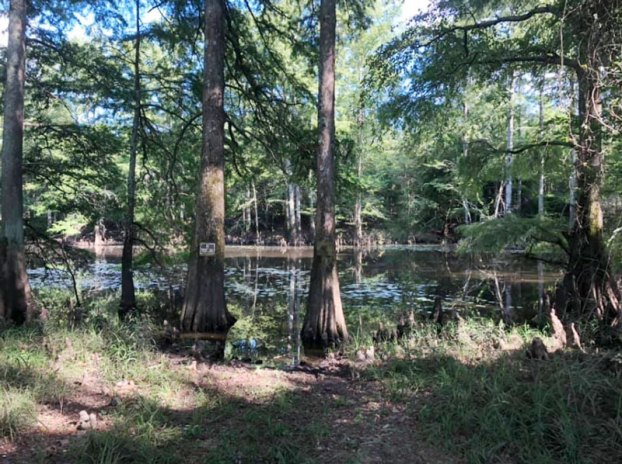 Midafternoon on Monday, members of the Boykins and Branchvilel volunteer fire departments, along with deputies of the Southampton County Sheriff's Office, were called to a body of water near Burnt Reed Road in the Boykins area. They searched and found a person who had drowned earlier. -- Courtesy Boykins Volunteer Fire Department

The accidental drowning of a Boykins man occurred in a body of water off of Burnt Reed Road on Monday afternoon. This was confirmed by both the town’s volunteer fire department and Southampton County Sheriff’s Office.

The Boykins VFD posted on its Facebook page that at approximately 3:20 p.m. on Monday, crews of Boykins and Branchville VFD were dispatched to the aforementioned area for a man who “was in the water and in distress.”

Boykins Brush 15 and Medic 16 were said to have responded quickly, arriving on the scene at the same time as the Southampton Sheriff’s Office units, the latter of which got a call at approximately 3:24 p.m., according to spokesman Maj. Camden Cobb.

He stated that deputies and VFD personnel saw two people in a boat who told them a third person with them had fallen out of the craft, gone under water and not resurfaced.

Boykins reported that the decision was soon made to begin a recovery procedure with both fire and rescue personnel working with the sheriff’s office members in attendance. The arrival of a dive team was figured to take considerable time, so two volunteer members and a Fire-Medic went into the water where the victim was last known to be located. Cobb added that a member of Franklin Fire and Rescue joined in the search.

The search lasted nearly 45 minutes before the man’s body was recovered. EMS personnel pronounced time of death at 4:24 p.m.

The deceased was identified as Jeffrey Jordan, 64, of Boykins. Cobb added that he was not wearing a life vest at the time of the incident.

James D. White Jr. COURTLAND A Courtland man housed in the Southampton County Jail has been charged in connection to... read more