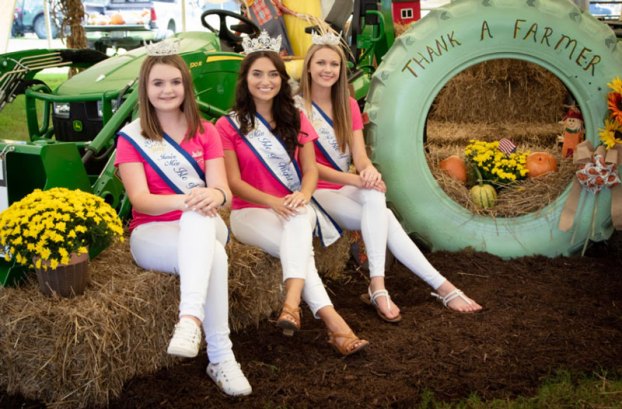 From left to right are Amelia Pulley, Haleigh Andrew, Madison Lowe, They will continue their reign in 2020 through the next pageant in August 2021. -- Courtesy Isle of Wight County Fair Committee

All 2020 Isle of Wight County Fair events are now cancelled as a result of the COVID-19 pandemic.

“When I was here a month ago, I felt pretty confident; today, I don’t feel so confident,” Fair Committee Chairman Danny Byrum told Isle of Wight’s Board of Supervisors on Thursday. “I think there’s a good chance we’re going to go back into Phase II.”

When Byrum had presented to the Board in late June, Virginia was about to enter Phase III of Gov. Ralph Northam’s reopening plan, which it did on July 1. Under Phase III restrictions, entertainment venues, including county fairs, are allowed to operate at 50 percent capacity, or a maximum of 1,000 people, with all other gatherings limited to no more than 250 people. In past years, fair attendance has ranged from 27,000 to over 30,000.

According to Byrum, 47 of Virginia’s county fairs have now cancelled due to the pandemic and the Virginia Association of Fairs has already cancelled its conference scheduled for January. 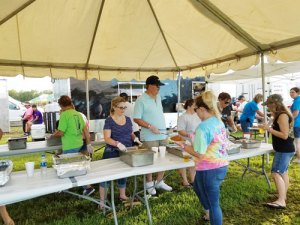 Amy Hott, a Seafood Fest volunteer in Isle of Wight COunty, serves attendees at a previous event. There’ll be no such lines this year because the County Fair Committee has decided to cancel the meal and fair owing to the coronavirus. — File Photo

“To be honest with you, I don’t think we’re going to have a fair in Virginia,” Byrum said.

“I’m saddened for the kids who have spent many years working with 4-H … but it’s the right, sensible thing to do,” Carrsville District Supervisor Don Rosie agreed.

The Board then voted to appropriate over $42,000 to the County Fair’s budget to pay back expenses the Fair Committee has already incurred to date for the now-cancelled 2020 fair. Of this, about $14,000 will be used to refund vendors and sponsors, with the remainder going to bills that have accumulated over the past few months.

“A lot of the vendors have paid already, they paid before July, so that’s last year’s money, we owe them money back now,” Byrum said.

The 2020 Miss Isle of Wight County Fair Pageant is also cancelled, having announced its decision on July 14 a result of the cancellation of the 2021 Miss Virginia Association of Fairs Pageant.

As of June, local pageant organizers were still planning to move forward with a crowning ceremony for new fair queens on Aug. 2 at The Smithfield Center, with each queen contestant limited to five guests as to ensure social distancing. When the 2021 Miss VAF Pageant announced its cancellation, the Isle of Wight County Fair Committee posted the following update to its website:

As a result of this decision, Isle of Wight’s 2019 fair queens — Junior Miss Amelia Pulley, Teen Miss Madison Lowe and Miss Haleigh Andrew — will continue their reigns through Isle of Wight’s next pageant in August 2021.

Detour in place while work is underway COURTLAND Crews with the Virginia Department of Transportation have temporarily closed Route 658... read more