She was preceded in death by her parents, Mr. and Mrs. George Edward Lamb of Capron, Virginia. 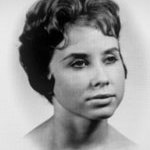 Born on Feb. 20, 1942, in Capron, Cookie graduated from Southampton High School in 1960 and moved to Richmond where she married and started a family.

She was a faithful servant of the Lord and a devoted member of Second Baptist Church on River Road.

Cookie graduated with honors from Virginia Commonwealth University in graphic design, a field in which she worked for many years before starting an antiques business that sent her and Charles around the world collecting treasures to bring back to Richmond.

One of her proudest accomplishments was achieving the title of grandmother, a role she cherished for the last several years of her life. Anyone who knew Cookie admired her artistic talents, endless energy, willingness to help and pragmatic demeanor.

A funeral service was held on Friday, July 10, at the Woody Funeral Home, 1771 North Parham Road in Richmond, with burial in Greenwood Memorial Gardens.

Memorial donations may be made to Second Baptist Church in Richmond.