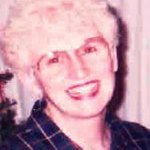 Born in Norfolk in 1939 to Lorrie Carraway Doughty and William Allen “Catfish” Doughty, she grew up in Franklin. She graduated from Longwood College, earning a bachelor’s degree in education and making life-long friends who held a special place in her heart.

Diane lived in Fredericksburg, Virginia, for a number of years and was active in the Fredericksburg Junior Woman’s Club and the Historic Fredericksburg Foundation. She later moved back to Franklin where her church, Emmanuel Episcopal Church, and its people were central to her life. She enjoyed singing in the choir, attending Bible study and participating in Episcopal Church Women.

Her work was varied and people-focused. She taught elementary school, worked for an insurance trade magazine in Washington, D.C., worked in sales, and eventually made a successful career in executive recruiting for high-tech companies in the Hampton Roads area.

Diane was devoted to her family and touched many lives with her bright light. She loved meeting new people and treasured her longtime friends. She enjoyed singing in the Franklin Community Choir and being a “Book Buddy” in the Franklin Public Schools’ reading program. She volunteered for the Alzheimer’s Association, putting her sales skills to work in generating donations, and helping with support group meetings. She also volunteered at Southampton Memorial Hospital in Franklin.

She is survived by her son, Matthew Allen Tobin, his wife Laura, and her two beloved grandchildren McKenzie and Emma, all of Fredericksburg; and by her daughter, Jennifer Tobin of Philadelphia, as well as dear cousins, nieces, nephews in the Carraway family; and many good friends.

A memorial service will be held in the future.

In lieu of flowers, donations may be made to Emmanuel Episcopal Church in Franklin, Virginia.