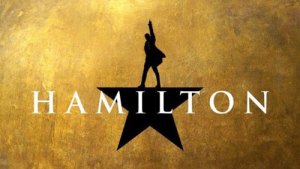 It’s a bit hard to write a review of “Hamilton” because everyone knows what a great and incredibly monumentous show it is. And I can’t think of a better time for Disney to release it than now, on their streaming service Disney+ … not only because we are all sitting at home in quarantine, but also because we are in a time of increased advocacy for racial justice.

It is so important to see a diverse cast playing our founding fathers and singing some of the most intelligent lyrics to ever be written, words that were just as timely in 1776 as they were in 2015 when the show was on Broadway, to especially now when the country is in the middle of a movement for equality. I have been listening to the cast recording since the show first came out and I am always struck by the timeliness of the lyrics. I remember when immigration was a main issue in the country and crowds would roar over the lyric “Immigrants, we get the job done.” What a gift that we all get to enjoy this beautiful show together, socially distanced or not. 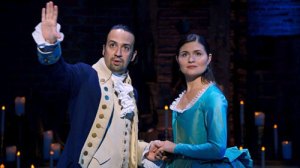 Written by and starring Lin Manuel Miranda in the titular role, Hamilton” tells the warts-and-all story of founding father Alexander Hamilton, focusing on his personal life and building our nation with some of history’s most important figures. As a sung-through musical, or a show with no spoken dialogue, the story is told through a mix of music genres, including hip-hop, R&B, pop and traditional show tunes. I have always loved that each character has their standout song, and the fact we get to see the original Broadway cast perform them is icing on the cake. Now I get to see Renée Elise Golsberry perform “Satisfied,” my favorite song in the show, forever!

Even though in this case “the room where it happened” is your living room and not the Richard Rodgers Theatre, it really does feel like you are watching the show in person. I was really impressed by director Thomas Kail’s vision for turning the stage show into a movie spectacle. The sweeping camera movements and blocking offered up-close looks at the actors’ performances and gave an even better perspective of the show than you could even get from the front row. I could almost feel Jonathan Groff’s spit hit my face (you’ll know what I am talking about when you see it). 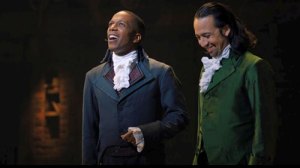 Kail leaves in several elements that make you feel like you are watching in a theater. As soon as the show starts, you’re met with a voiceover of Jonathan Groff’s King George III reminding you to silence your cellphones (I did). And yes, there is also an intermission with the SAME amount of stress as the regular theater intermission. When you’re at the theater and the lights go up for intermission, you start panic running to the bathroom, praying that the long line will cycle through before the 15-minute intermission is over. In the movie version, Kail leaves a 60-second intermission, meaning I jetted to the bathroom to try to get back before it was over. Could I have used the pause button? Absolutely. But where’s the fun/stress in that?

Literally the only negative thing I can say about the show is that it reallllllly makes me miss live theater and depressed that more of my favorite shows weren’t filmed to preserve forever. I hope with the obvious success of “Hamilton,” it becomes the new normal to record Broadway’s hit shows so that everyone can enjoy them, not just those who can get to New York … and of course so I can play them over and over and over again.

LAUREN BRADSHAW is a lover of all movies, even the bad ones. Follow her on twitter @ ickchickdc. She grew up in Courtland, graduated from Southampton Academy and doubled-majored in foreign affairs and history at the University of Virginia. She lives in the Washington, D.C. area.

Four for the 4th