Ward 3 nominations to be re-solicited 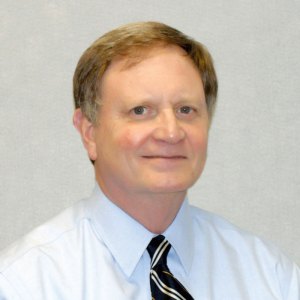 Bob Holt, who had served as the Ward 6 representative on Franklin’s School Board through April 2019, will return to the board starting this month, only this time, he’ll be representing Ward 1.

Holt had relocated outside of Ward 6 earlier last year and had been told by then-city-attorney H. Taylor Williams IV that because he had moved, he needed to step down from the board. Following current Ward 1 representative Rebecca Jester’s decision to step down, Holt had received six nominations during a City Council public hearing on June 8 and was reappointed by unanimous vote during the Council meeting last Monday.

But when it came time for the Council to appoint a Ward 3 representative to replace Andrea Hall-Leonard, who is also stepping down at the end of the month, Councilman Greg McLemore’s motion to appoint Jamaal Brian Whitehurst received no second. Whitehurst, who had submitted his own name for consideration on June 8, had stated in his nomination letter that he had planned to begin a doctoral degree in 2021.

Councilman Linwood Johnson then made a motion to appoint Cheryl Vincent to the Ward 3 seat, which Councilman Bobby Cutchins seconded. Vincent had served as board president of the Franklin Redevelopment and Housing Authority through late April, at which time the Council had voted 4-3 to remove her and every other then-current member of the FRHA Board of Commissioners for inefficiency and neglect of duties in office.

Vincent’s nomination to join the city’s School Board also divided the Council, resulting in a 3-3 tie, with Johnson, Cutchins and Councilwoman Wynndolyn Copeland supporting her appointment and McLemore, Councilman Benny Burgess and Vice Mayor Barry Cheatham opposing it. Mayor Frank Rabil then sided with the three in opposition, making the final vote 4-3 against her.

The Council then voted 6-1 to re-solicit nominations for the Ward 3 seat at a new public hearing. The dissenting vote came from McLemore, who criticized his fellow Council members for not voting on Whitehurst’s nomination.

“I was a party to every interview we did with every candidate,” McLemore said. “He [Whitehurst] did a phenomenal job, in my opinion, in his interview … nobody expressed dissatisfaction with his interview, but yet, we’re here, and failing to approve his nomination. I think it’s sad Franklin’s City Council refused to give a man who’s willing to step forward and serve his community, they refused to give him an opportunity.”

Prior to tendering her resignation, Banks had apologized — seemingly on behalf of the entire board — to the faculty and staff of Franklin City Public Schools, and then stated she did not believe her fellow board members had held Superintendent Dr. Tamara Sterling accountable. She alleged that some faculty and staff at the division may be perceiving what she termed a “hostile environment.”

School Board Chairwoman Amy Phillips, however, had rebuked Banks for claiming to have spoken on behalf of the entire board, and had read from the School Board’s governance documents that no board member, without the consent of the board, is to make personal statements in any format, including speeches or on social media, without stating clearly that said statements are that board member’s personal opinion and not the position of the School Board.

“If you are recognized as a school board representative and it has not come before the board for consent … you do not speak in your school board capacity,” Phillips said.

Following Banks’ resignation, which occurred after an unscheduled closed session discussion, Phillips personally apologized to Sterling for Banks’ allegations, as did several other board members.

“As you know, I’m a newbie, but I haven’t seen anything that would cause me to doubt who you are as a leader,” said Ward 5 board member Andrea Shelton.

“I remain confident in your ability to lead this division … I stand behind you,” Phillips said.

The School Board has scheduled a reorganizational meeting for Thursday, July 2, at 6 p.m. To maintain social distancing, there will be designated seating in the boardroom in City Hall, and the meeting will also be streamed live on the city’s PEG channel. A closed session will follow the open portion.

By Rick Francis Rick Francis Hello again, friends, Happy 4th of July! If you are not able to make it... read more