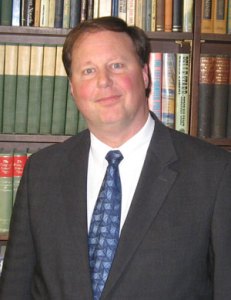 If you are not able to make it to a local celebration such as in Ivor or Newsoms, and you are looking for something to do on the 4th, you might watch the movie, “1776,” a 1972 musical that is surprisingly historically accurate. The movie is based on a Broadway musical, and is a little risqué in spots, but if the kids are old enough to see a Broadway play, they are old enough for this movie. It’s a fun way to learn a little history.

There are always some “interesting finds” among our records, here at the Courthouse. As you know, King George II was on the English throne back when Southampton County was established in 1749. Ole King George will make frequent appearances in these Clerk’s Corner columns.

Back in that day, many of our early documents begin with language such as: “This Indenture made this second day of February in the Twenty XXVI year of the Reign of our Sovereign Lord George the Second by the Grace of God of Great Britain, France and Ireland, King Defender of the Faith …”and ended with; “MEM (be it remembered) that on the second day of February in the year of our Lord Christ one thousand seven hundred fifty and three peaceable and quiet possession was delivered to (Grantees) of the land and premises within…” (DB 1, pg 472)

I thought it would be interesting to take a look at our records at entries made in 1776, right after America declared Independence from England. Remember, when we declared Independence, victory over England (which had the most powerful army on Earth) was far, far from certain. Hostilities lasted at least two years after Cornwallis surrendered at Yorktown in late 1781. For this examination, I went to one of my favorite books here at the Courthouse: The Proceedings of the Committee of Safety. Take a moment and go to the Clerk’s website at Southampton.org, open the Brantley Project and look under Miscellaneous Books, page 1.

What did this county in a new nation do? Well; “At a Committee held at the Courthouse for the County of Southampton on Friday, the 20th of September, 1776, … “the Committee members present did bring three members of the community before the Committee (being charged with uttering words inimical to the Rights of America) and concede that they had expressed themselves on certain occasions (as they are charged) in a manner injurious inimical to the rights of their country America and are heartily sorry for the same that on every future occasion they will conduct themselves in such a manner that may not give offense for the future. The Committee taking the same into consideration are of the opinion that the oath prescribed by an ordinance of convention to be administered to all persons suspected whose fidelity or attachment to the American interests are suspected, be offered to them which they severally took and were then discharged.”

I had to look up the word “inimical” and found it meant “harmful, injurious, damaging.” How brave our leaders were. Taking a stand in such uncertain times would risk the King (should we not prevail) taking all of the Committee Members and their family’s land, possessions and wealth…if not their lives. Gutsy men.

On this 4th of July, I urge you to remember the bravery of our Founding Fathers. They were not perfect men, but they were independent thinking men of their time, who in the face of great uncertainty (which makes cowards of us all) stood bravely, come what may. They were committed to the formation of a government, not based on ‘Divine Bloodline,’ but based upon the consent of the governed. A terribly radical concept at the time. Read the Declaration of Independence and have a “remembering” Fourth.

Clerk’s Challenge: A small prize will be awarded to the first e-mail received after noon today, July 1, at rfrancis@vacourts.gov that correctly identifies the Southampton community which lore claims had a water well where, if you were brave enough to look in, would show your future. Correct answer will be afterward posted on the Clerk’s website.

IVOR After much discussion and planning, a handful of communities in Western Tidewater have created opportunities for people to celebrate... read more