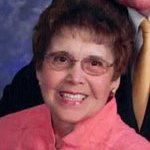 Born at Duke Hospital in Durham, North Carolina, on Oct. 20, 1936, she was a daughter of the late Wilburn and Margaret Cantrell of Boydton, Virginia.

Betty attended Longwood College and was a member of Wakefield Baptist Church for over 50 years where she taught the Women’s Sunday School for most of that time.

She also taught first and fourth grades at Wakefield Elementary School, Tidewater Academy and served on the Walter Cecil Rawls Library Board of Directors in Courtland for many years. Along with her parents, she was predeceased by her beloved husband of 60 years, Robbie F. Owen, and a sister, Patricia Cantrell Taylor.

In lieu of flowers, memorial donations may be made to Wakefield Baptist Church, P.O. Box 567, Wakefield, VA 23888.

Condolences may be registered at RWBakerFH.com.