SUFFOLK – Elizabeth Pearl Worrell Jones, 83, passed away on June 20, 2020, in her home surrounded by her family.

She was the daughter of the late Monicure Worrell and Agatha Garris Worrell, and was also predeceased by her two sons, Steve Jones and Johnnie Jones; two grandsons, Dontae Sykes and Nathan Jones; and a daughter-in-law, Cathy Jones. 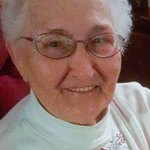 Mrs. Jones was a homemaker and a member of Bethel Assembly of God.

Left to cherish her memory are her husband, Jimmie Rogers Jones; a daughter, Tammie R. Jones of Suffolk; two sons, Roger Jones of Franklin and Keith Jones (Lynetta) of Norfolk; a daughter-in-law, Vanessa Jones of Carrsville; seven grandchildren; and 17 great-grandchildren.

The family will receive friends at the residence and will have a private burial at a later date. They suggest that memorial donations be made to the Parkinson’s Foundation or the Children’s Hospital of Kings Daughters.