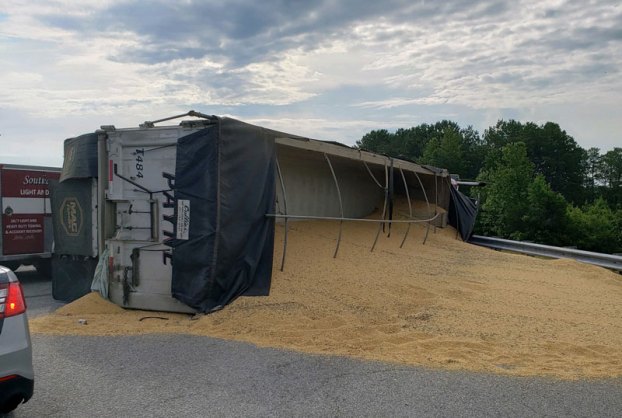 No injuries occurred after a tractor-trailer overturned at the ramp on Routes 58 and 35 at 8:15 a.m. Friday. According to Southampton County Sheriff’s Office spokesman, Maj. Camden Cobb, a summons was issued to the driver for failure to maintain control of the vehicle.

Cobb later reported in the day that deputies handled a two-vehicle accident on Route 58 westbound on Drewry Road. There were no injuries, but both westbound lanes were closed for a time.