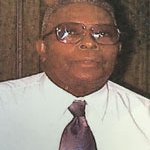 After working in construction and brick mansonry in Arlington, Virginia, for over 25 years, Ernest came home to Franklin in 1979, and continued his hard work on his homestead farm raising livestock and growing beautiful large gardens with an array of vegetables, which he often delivered to his family and friends to include elderly neighbors in his community.

Ernest opened a restaurant and bar in North Carolina in the early 1980s. He also continued to complete ad hoc brick masonry projects with Southampton Mobile Home Sales along with other projects. Most notably he completed brick masonry work on the McDonalds on Armory Drive in Franklin in the 1990s. If you ever rode in a vehicle with Ernest in northern Virginia or the Franklin area, he would point to several homes and businesses that he helped to build.

He was most fond of having bought all of his children and grandchildren their first vehicle.

Ernest was predeceased by his parents, Ernest and Cherrine, and his sister, Carrie Smith.