You’re a key part to standing up to injustice

Emotions are high. We have witnessed an atrocity, a tragedy, an unacceptable act upon another human being play out in front of the world. Is this new? Unfortunately, it is not. It has happened again and again and again. This time something triggered globally. George Floyd, an African-American man, last seen alive, screaming, “They are going to kill me.” Screaming, “Mama, Mama!” His mother had already died two years earlier, yet here is her son taking what would become his last breaths, screaming for his mother. Screaming, “I can’t breathe!” 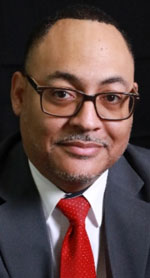 As if that was not enough heartbreak, we watched a police officer with his knee pressed into the back of Mr. Floyd’s neck, disrupting oxygen flow, while other police officers held him down or watched as if nothing outside of police protocol was being violated. It is tough to watch. It is tough to hear. It all but seems hopelessness is attempting to settle in and deposit this kind of activity as a dated normal. How can hopelessness rear its face? Then it happened: no charges for any officer. Then it happened: outrage! GLOBAL OUTRAGE

As a black man, you cannot look at this video and not feel pain, disgust, or anger, thinking this cannot be happening AGAIN! This does not insinuate that others are not dealing with their own pangs, but there is a continuity of theme here. One that is disheartening to watch play out again. One that has to stop! What will it take to receive justice? What will it take for our voices to be heard? While these questions were being asked, emotions came into play, and boy, did things get uglier? This death was tragic and ugly enough. However, now police cars are being set on fire, clashes with law enforcement rampant, rioting and looting of businesses became must-see TV, all while a pandemic has had the country on a “Stay At Home” order. Emotions are high. Protests begin happening because there seems to be no other apparent way to hear the voice of the “underprivileged.” I do not use this term lightly. You see, this is how African-Americans feel as we now witness a murder in plain view again, yet no immediate charges.

It is not always fun to get on an elevator and see purses clutched, people moving to a corner with a watchful eye as if some plague is visible. Now, maybe for them, it may be my skin color. While I have no desire to snatch a purse or be a contagion for crisis or crime, it really causes an uneasiness that is not warranted. I am simply trying to get to the next floor of a building in a free society that right now does not seem so free. Maybe that is it? Maybe, that is the reason Mr. Floyd screamed for his mother because mothers generally have the supernatural ability to make you feel loved and worth something even after you have been around people snarling at you.

Is that why these protests infiltrated communities everywhere? Has something been uncovered that was attempting to remain covered? At least out of plain view. Veiled maybe? Emotions are high. Rioting and violence are not universally condoned at all. However, they are the only ones that seem to get the lion’s share of television time. Now, what happens?! Violent protests are shown nationwide, television ratings are going up, but so is the violence. So the ratings jump, but at what cost? You see, protests can be peaceful and effective. Emotions are high. Therefore, it does not take much vitriol to spark an uncontrollable furnace burning down communities through the portal of injustice at the hands of protests.

That being said, there have been peaceful protests here locally! Yes, protests can be peaceful. Protests can be diverse and impactful. We have witnessed it. I am so thankful for the young men who organized the protest and led the protest peaceably, here, in our city. Our Chief of Police, Steve Patterson, even took a knee with the young men showing solidarity and that a peaceful protest can still take place with police officers involved. Clergy from across the area came together with protestors, and guess what happened? Again, a peaceful protest! As a matter of fact, people walked up to the prayer we were having because it takes ALL OF US to fight injustice together! What a wonderful display of unity!

Now, we still have a long way to go, but when you are traveling somewhere, you will never arrive if you do not point the vehicle in the direction of your destination. This is what has to be done. History has not always been kind to African-Americans; we have overcome a lot. Now is the time for justice reform. Now is the time to ensure our sons and daughters can surge in a direction amicably not permeated with anxiety. Together we can do so much, accomplish so much, overcome so much. If we allow hate to exist, we are not abiding by the Biblical principle, “Love your neighbor as you love yourself.”

Finally, we need you. Yes, you. Whoever you are reading this column right now, we need you. You are important. You are a key part of helping us stand up to injustice and create reform that paves the way for a safer America. A safer Franklin. A safer Southampton County. In short, A safer Western Tidewater. We need you. We need you now. #BetterTogether, Can we count on you?

ANTHONY RAWLINGS is the pastor of Celebration Church in Franklin. Contact him at 757-304-5195.

What is the ‘new normal’?

By Dr. William Scott The nationwide protest that was sparked by the killing of George Floyd in Minneapolis-St Paul was... read more