Suspect listed as an employee of Franklin City Public Schools

A Courtland man who works as a Franklin City Public Schools teacher has been arrested on charges relating to child pornography, according to information provided by Maj. Camden Cobb, spokesman for the Southampton County Sheriff’s Office. 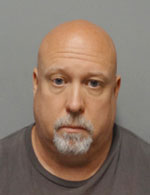 Shawn Everett Denne was taken into custody on Tuesday after a search warrant was carried out that day.

“Southampton County detectives began investigating the possible distribution of child pornography based on a CyberTip received from the National Center for Missing and Exploited Children on May 13, 2020,” Cobb stated, and added that detectives had collected enough evidence for a search warrant to be issued for a residence in the 27000 block of Flaggy Run Road in Courtland.

He said that the Sheriff’s Office has been working with the Bedford County Sheriff’s Office and the Southern Internet Crimes Against Children Task Force. Additional electronic evidence from the residence was collected and analyzed by detectives, resulting in Denne’s arrest.

During his arrest and booking, Denne indicated he was a teacher with Franklin City Public Schools. The website confirms that he’s listed as a health and physical education teacher at Franklin High School.

If anyone has any information pertaining to him and these illegal activities, they are encouraged to contact Det. Lt. White at 653-2100.

Franklin High School Principal Travis Felts was contacted by The Tidewater News for confirmation of a report it got earlier on Wednesday morning. Felts said he could not comment, deferring to the superintendent Dr. Tamara Sterling. In her statement, she said, “Franklin City Public Schools (FCPS) learned today that a teacher employed by FCPS has been charged with multiple counts of possession and distribution of child pornography. Upon learning of these charges, FCPS immediately suspended the teacher. FCPS will cooperate fully with law enforcement in the investigation of this matter.”

Sterling continued, “We do not currently have any information to indicate that any FCPS students were involved in this individual’s alleged illegal activities. The safety and wellbeing of our students and our community are our top priority. Any persons with information about these activities or concerns about their child are encouraged to contact Det. Lt. White at 653-2100.”

FRANKLIN The number of people in Franklin calling out for justice for the late George Floyd and an end to... read more