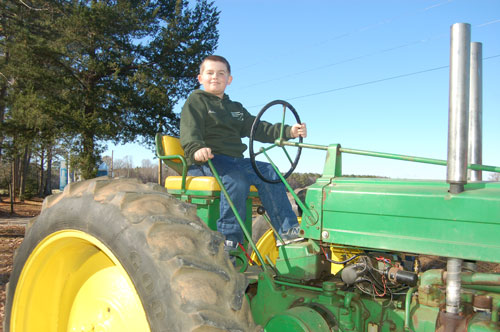 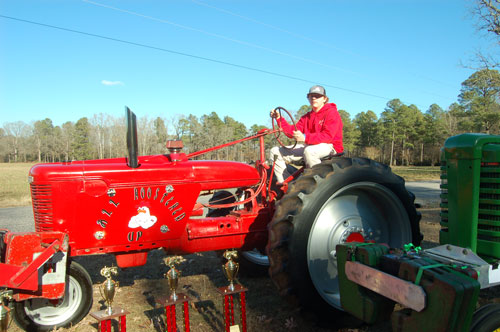 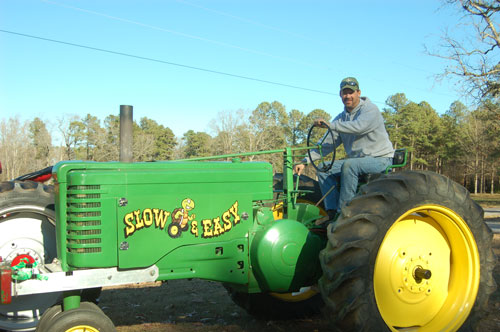 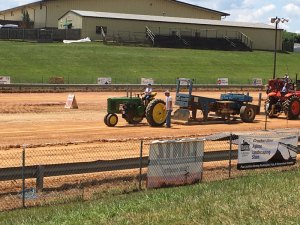 Steven Cox and his son, Andrew, at a tractor-pulling competition in Fisherville. — Submitted Steven Cox

Friends Dan Billups of Wakefield and Steven Cox of Ivor always stressed to their sons, Garrett and Andrew, 14 and nine, respectively, to “do your best,” in whatever you aspire to do.

Well, the boys did just that in October when they each picked up a first-place award for their participation in a six-month-long antique tractor-pulling contest.

“We’re very proud of them,” said Billups, who along with Cox also took home a first-place trophy. “They did a good job.” 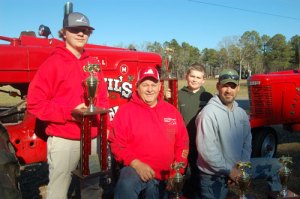 All members of the Central Virginia Antique Tractor Pullers, the men and their sons have traveled since April to different venues just to participate in the tractor-pulling events. This year alone they’ve covered events at Amelia, Powhatan, South Boston, Fishersville, Chippokes, the Isle of Wight County Fair and into Maryland.

“The way this works,” Billups explained, “is that points earned at each event during the six months are saved and all calculated at the end to determine the winners. That’s when the awards are given out.”

The two men, both born and raised on farms, became involved with tractor pulling around 2015, Cox thinks. As the boys took an interest, Garrett two years ago and Andrew, one, the men began to teach them what they needed to know in order to participate.

The first thing is that members of the tractor pullers all must own their own equipment. So Billups and Cox, as well as their sons each own their own tractors. The two men also own trailers on which the tractors are transported to and from the events.

Of course, the tractors, which cannot be newer than the late 1950s, must have a name, so Billups named his International “Devil’s Den,” while Garrett’s International goes by “All Roosters Up.” Cox’s John Deere is named “Slow and Easy,” however, Andrew says his dad just bought him his John Deere and he hasn’t had time to name it yet.

Aside from the maintenance of keeping the tractor in good shape, most tractor owners have weights on hand to be used in practice.

“There are no youth divisions. Each person, young or old, pulls as much as he thinks he can,” said Cox.

He noted that he thinks the biggest obstacle in a pull is the condition of the track. “If it’s wet, like from rain, you’ve got trouble!”

Both men believe tractor pulling is a good, wholesome activity for both adults and youth.

“It’s like a big happy family,” said Billups. “You see the same people during the entire summer. And after each pulling event is over, we all get together for a meal.” 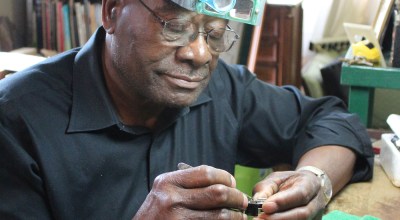 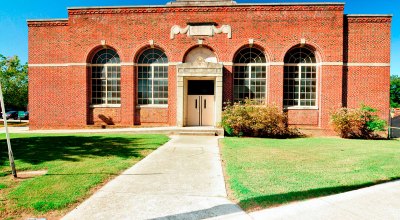