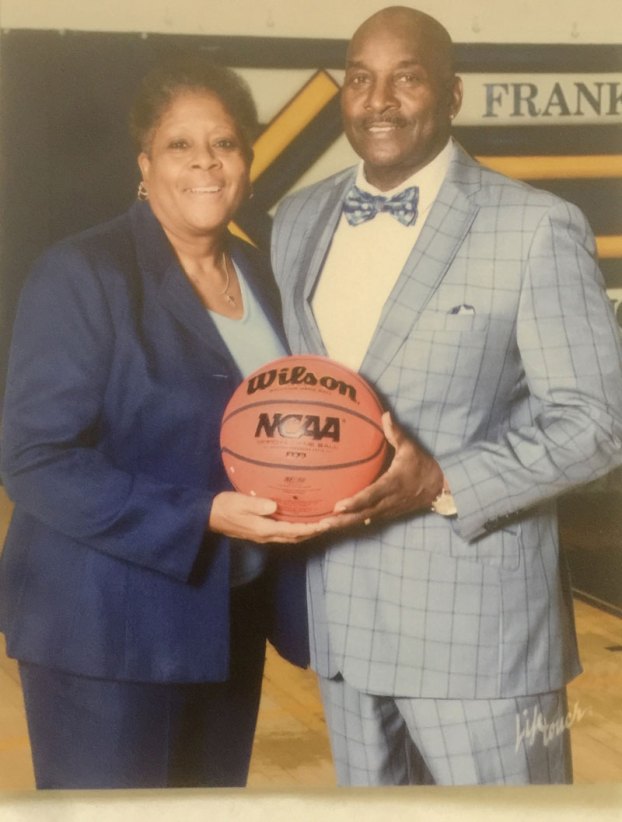 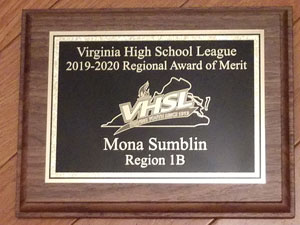 On April 30, the Virginia High School League presented Mona Sumblin with the 2019-2020 Regional Award of Merit in Region 1B. Sumblin has coached girls basketball since the early 1980s. — Submitted Suzanne Blythe

Sumblin began her teaching career at Franklin High School in 1981. She took over as head girls basketball coach after Coach Peggy Wilkins retired in 1982. Sumblin followed a legend — the FHS gym is named after Wilkins. Those two women have been the school’s only lead basketball coaches for girls in the last 54 years.

In addition to basketball, she has also coached boys and girls track since 2006.

In the school’s press releae, Sumblin is described as “a positive influence on countless young ladies and many young men as well. FHS is so proud of all of her accomplishments.”

After 39 years — all at FHS — she’s retiring at the end of this school year. Sumblin will continue to lead Franklin High School’s girls basketball program.