Election Day is on Tuesday, May 19 (polls open from 6 a.m. to 7 p.m.), and in Franklin, three people are seeking seats on City Council, two of which are succeeding retiring councilmen. The third, though, is challenging an incumbent.

C. Ray Smith and Mark R. Kitchen are running unopposed for Wards 2 and 1, which will be vacated by Benny Burgess and Barry Cheatham, respectively. The latter two announced months ago that they would not continue. Henri Porter wants the Ward 4 seat occupied by Linwood Johnson.

Each spoke briefly about their motivations, qualifications and goals.

Smith said, “I’ve been active in the community. Twelve years on planning, airport advisory for seven and downtown Franklin for 10. I’m pretty active in downtown redevelopment, and I decided it was time to run for council.”

He continued, “There’s a number of things I’d like to get done. I think continue to work on improving economic growth. Getting residents’ input, and continue to improve infrastructure, such as parks and recreation, and make this a more community-friendly city, such as having more family participation and events.”

Smith thinks the city has a ‘tremendous small business organization” and wants to help it find more services and products that will encourage people to shop locally.

The former Norfolk resident of 30 years ago said, “We have a great community. We’re so lucky. There are many amenities — YMCA, children’s center, community center — so many things that others would die for. I think we need to continue to try to get more.”

Smith wants to encourage people “to buy homes and participate in our community,” noting there have been many renovations on historical neighborhoods.

“People are tired of the commute and rush-rush lifestyle,” he said, adding that much can be done to further cultivate a quieter, calmer atmosphere that attracts people to Franklin. 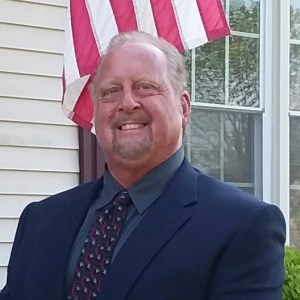 Although he’s an acknowledged rookie when it comes to political activity, Mark R. Kitchen said he has a varied background: 20 years in law enforcement and eight overseas for SWAT training. Now, he said, “It’s time to run for council. Barry Cheatham, my neighbor, has encouraged and mentored me. I want to expand on Barry’s fine work of 12 years.”

Kitchen has five basic goals to improve the quality of life for both Ward 1 residents — he lives in the Hunterdale section — but of course for all the city.

First, support economic growth in an effort to make Franklin a retail destination for surrounding areas.

Second, be an advocate for public safety and those who serve our community. For example, he wants to establish and strengthen neighborhood watches.

Third, to work to foster strong partnerships between City Council and the Southampton County Board of Supervisors.

Fifth, build a strong partnership with the Franklin City School Board in an effort to provide a positive environment for learning and instruction. 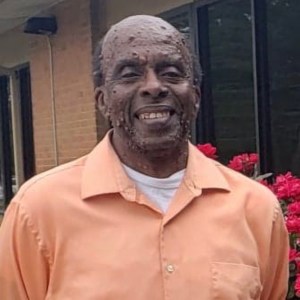 When Henri Porter decided to run, he developed a team to help, starting with finding out what Ward 4 residents need.

“We did a lot of canvassing – down every street. We found they are ready for a change,” said Porter. “They want a councilman who will make their voices to be heard. One who isn’t just going to show up at election time. Those were the concerns of so many.”

Like Kitchen, he wants to establish neighborhood watch programs and monthly ward meetings.

“I’ve talked with Franklin Police Chief Steve Patterson, and want to work with him to be engaged in dialogue with residents. The police in Franklin need to reinvent themselves — they’re seen as the bullies. I would like to work with chief on that.”

Retired as a city employee and now serving on the Planning Commission, Porter believes, “We might need more transparency in the city departments. People believe that they’re not being told everything. There should be nothing they should not be allowed to know.”

As for schools, “I will work with the board to get all employees a living wage … and work with FSEDI [to attract more industry]— we have enough area.”

Porter believes that he would be working for the people who elected him, but cautions, “I’m not going to wave a magic wand and lower your electric bills.”

Further, “I’ll be the new guy, but I won’t be the silent guy. Even if all go against me, I’ll stand my ground and show that vote is recorded. 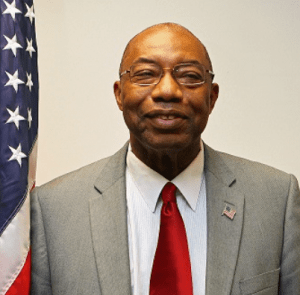 Seeking a second term is Linwood Johnson, who’s motivation is “I care for people.”

They include not only those in Ward 4 but also the city as well, and there are still project for him to accomplish on their behalf.

“In order to get those done, the job is not complete. You have to work through. It doesn’t happen overnight.”

One ongoing project is supplying people with food. “I helped write a grant with the Food Bank of Southeastern Virginia and Eastern Shore for a food hub in both the city and county. Part of the goal is to have one at Hayden Village, supplying people with special diets (such as no sugar or salt). Already over 100 people have applied. We’re also working to develop a food hub at the MLK Center.”

Another of Johnson’s goals is to continue working with council and staff — keeping electric rates and real estate taxes down — “which I’ve done both in my first term.”

Supporting the school division in getting state accreditation is another accomplishment. “We worked diligently to get that done, and we’ll keep that working forward.”

Bringing more jobs in the city is yet another goal. “I work with state and federal officials as well to get things for the city. In the Virginia Municipal League, I’m on my second term as vice chairman.”

Johnson believes his experience during this time is necessary on council.

“As we are going through the pandemic and its challenges, studies show that confirmed leadership is important,” he said.

Most IW COVID-19 cases in Windsor