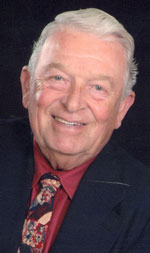 Born in Spotsylvania, he was a son of the late Edward Walter Malcolm Sr. and Gussie Leigh Taylor Malcolm, and was also predeceased by a brother, Edward W. Malcolm Jr.

Irving was a Navy veteran, and the former owner and operator of Southampton Metal Works.

He was a member of Sedley Baptist Church.

Irving was a basketmaker and enjoyed doing for others.

A graveside service will be on Monday, May 11, at 2 p.m., in Rosemont Cemetery, with the Rev. Jim Foreman officiating.

In lieu of flowers, memorial donations may be made to Sedley Baptist Church Building Fund.