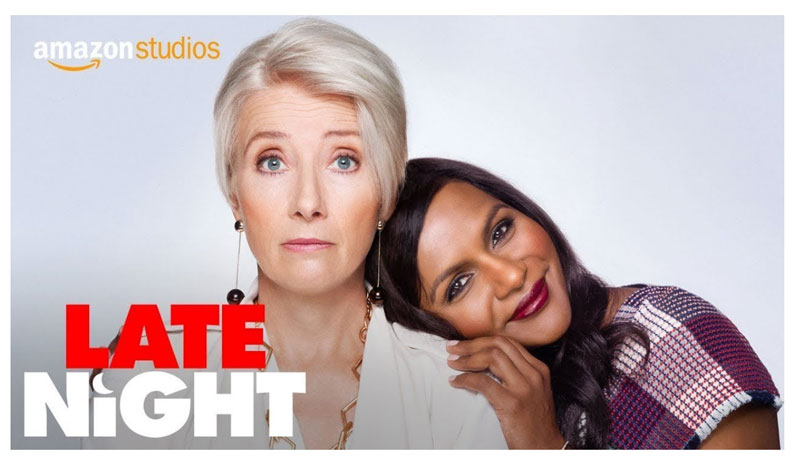 How’s everyone holding up in the quarantine? I, for one, have been spending a lot of time watching movies and television shows that I love and discovering new ones to keep me entertained and help feel less bummed about these terrifying times. I find it a lot better for my mental health to limit the news intake and instead settle in with my favorite actors, filmmakers, and stories to take my mind somewhere else. So, I decided to write down some of my favorite free quarantine movie and television recommendations.

Of course, this is an incredibly small list, and I tried to include something for everyone, so if you are looking for more personalized ideas, feel free to hit me up on social media (@flickchickdc) or via e-mail at flickchickdc@gmail.com. Hope everyone is staying healthy and safe!

This was my favorite movie of last year and one of the movies that has made me cry the most in theaters, not because it is sad but because it is heartwarming and relatable. It’s about a woman who decides to change her habits and get healthier, with the ultimate goal of running a marathon. Everyone I have recommended this movie to has loved it.

You didn’t think you were going to get out of here without a Kate Winslet movie recommendation did you? This wacky Australian film is really fun thanks to Winslet’s sassy attitude, fantastic Australian accent, and amazing costumes. Liam Hemsworth is pretty easy on the eyes too.

I saw this movie at the Toronto International Film Festival last year and absolutely loved it. Written by and starring Shia LaBeouf, “Honey Boy” tells the story of his childhood through the backdrop of his career in Hollywood, starting as a child actor. Most interestingly, it highlights the relationship between him and his father, with LaBeouf playing his own dad in the movie. LaBeouf is so misunderstood, both personally and professionally, and I think this movie will pull back the curtain on his incredible life and make you see another side of him for the better.

Another great movie from last year, this heartwarming movie is based on a true story about a Chinese-American woman traveling back to China to spend time with her grandmother before she dies of cancer. Only, her grandmother doesn’t know she is dying because it is customary for the family to keep that a secret, believing that secret will prolong their loved one’s quality of life.

Not many sequels are as good as the original, but “Creed II” definitely fits the bill. And is this even considered a sequel at this point since it’s the 902390423 film of the “Rocky” franchise? Anyway, it follows up on the events of the first film with Adonis Creed (Michael B. Jordan) deciding to fight the son of Drago, the man who killed his father. I am obsessed with these films and I don’t think you necessarily need to see the first one to appreciate “Creed II” (though come on, it’s only a $1.99 rental).

Unless you’ve been living under a rock, you should know that is one of the best horror movies of the last decade (and one of my favorites of all time). Written, directed, and starring John Krasinski, as well as the always-incredible Emily Blunt, it follows a family in a post-apocalyptic world, who have to remain quiet to not disturb roving monsters that are hyper-sensitive to sound. With the sequel now scheduled to come out Labor Day weekend (it was moved based on COVID-19), what better way to pass time during the quarantine than to catch up on this movie?

This underrated heist-thriller has an incredibly smart script and an stellar ensemble cast to boot! We’re talking Daniel Craig, Adam Driver, Channing Tatum, Sebastian Stan, Hilary Swank, etc. Usually when you assemble this many stars, the movie isn’t going to be great, but this is one of the few exceptions. Basically a hillbilly “Ocean’s 11” (directed by the same director as the “Oceans” franchise), this movie follows a ragtag group of people trying to steal money from the Charlotte Motor Speedway in North Carolina. This is on my list of movies to rewatch over the next few weeks. 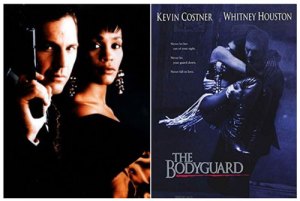 I hesitated to include this because if you haven’t seen “The Bodyguard,” I don’t know how you’ve gotten this far in life. Filmed at probably the height of Whitney Houston’s career, it follows a similarly famous pop star who hires a bodyguard after receiving threatening messages from an obsessed fan. Not only is the movie an amazing movie-musical, it has best movie soundtrack of all time, featuring many of Whitney Houston’s greatest hits! And don’t get me started on the red hot chemistry between Houston and Kevin Costner. I have seen this movie at least 50 times, and believe me when I say it holds up.

‘The Cabin in the Woods‘

You don’t get much more original and entertaining than “The Cabin in the Woods,” written by Joss Whedon and Drew Goddard. Five friends (ahem, Chris Hemsworth included) set off on vacation to an aptly named cabin in the woods. Unfortunately, it becomes less vacation and more survival (aka a triggering quarantine movie) as a cavalcade of the horrors come their way. At its heart, the film is a subversive, self-aware, and intelligent horror-comedy that has so many twists and turns, it will leave your head spinning. It is easily one of the most clever horror movies I’ve seen, and the ending left me shook.

Written by and starring the always awesome Mindy Kaling, this dramedy focuses on Katherine Newberry (Emma Thompson), a super successful late night TV host that has lost her edge. With her ratings plummeting, network executives give her an ultimatum … increase your viewership or get replaced. When Molly Patel (Kaling) is hired to join the all-male writer’s room to add diversity, Newberry starts to get her groove back. This film is incredibly funny and hits you in the feels. Not gonna lie, I’m also obsessed with Thompson’s awesome haircut.