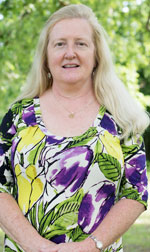 As you know, the budget process is now underway for FY 2021. I want to take this opportunity to discuss the Solid Waste Fee with you. When the fee was first put into place in 2012, the statement was made at the Board of Supervisors Meeting on May 23, 2012, by Supervisor [Dr. Alan] Edwards (and I quote the statement from those minutes), “As our tipping fees go down, and they might go down by the time we get out of this contract in 2018, this fee will come down. This fee is going to be reviewed on a yearly basis in a public hearing in front of you folks. If our tipping fees come down, this $200 trash fee is going to come down in a like percentage.”

Therefore, from this very statement, the citizens had some hope that the trash fee would come down or go away. But it has not. Ironically, in the same minutes Supervisor [Glenn] Updike said (and I quote the statement from those minutes), “He [Updike] said, ‘Didn’t we get the message Monday night that people don’t want the $200 trash fee.’ He thinks it is unfair. He thinks if it goes on it will never come off. ‘That is not coming off. I can promise you that.’”

While speaking with a large number of citizens in the county, they were always bringing up the Solid Waste Fee. All of the people that I discussed the Solid Waste Fee with wanted the fee removed. If, and only if, additional funds were needed to cover the cost of transferring the solid waste from the dump site to the landfill, they had rather increase the personal property tax. People specified increasing the personal property tax rather than the real estate tax because the majority of the citizens own some personal property, whereas, not everyone owns real estate.

I realize that the personal property tax in Southampton County is currently one of the highest rates in the state of Virginia. However, that is because the county has overextended their capability of paying; so, the rate was increased to cover the cost of whatever spending was done.

Federal taxes and state taxes are based on how much an individual earns and owns. Why should the Solid Waste Fee be any different? If anything needs to be added to the personal property to cover the solid waste, adding it to the personal property would mean the individual would be paying based on what he or she owns. So, just like federal and state taxes, the individual would be paying based on their ability to pay based on what they own. The addition to personal property shouldn’t be that much since the tipping fee has dropped tremendously. Again, where has the savings gone from the large decrease in the tipping fee?

Also, consider the fact that there is the cost of sending out another billing because the Solid Waste Fee is billed after the year ends instead of being included with the current year’s billing for personal property or real estate. There is also the cost of paying a part-time person to process the solid waste relief applications (roughly $15,000). Out of 223 applications, we are only due to receive $4,700 after the relief was given. So, as you can see that means $39,900 of relief was given. This is a costly process. How much do we want to spend to collect a very small amount?

The IT Department is also heavily burdened with abatements and other issues from the Solid Waste Fee. Susan Wright, IT director, said she would be happy to give you more details on this matter. Looking at our records there is, also, at least one person who received 100 percent relief for 2019; but, this person has never paid a dime on a Solid Waste bill from 2012 through 2018. This doesn’t seem fair at all. There are multiple examples that show this fee is not fairly managed.

CYNTHIA EDWARDS is the treasurer of Southampton County. Contact her at cedwards@southamptoncounty.org.

EDITORIAL: GOP primary is a doozy

Warren shines in role with the city

Now’s no time for patting ourselves on the back