Demetrius McNeil of Franklin is being sought by city police on a charge of attempted murder, according to Franklin Police Department spokesman Sgt. Scott Halverson. 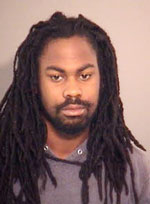 Halverson stated that at 1:30 p.m. earlier today, April 29, the communications center received a call of shots fired in the 1400 block of South Street. Units arrived on scene and began an investigation. A crime scene was located, but there was no victim to be found. A second call was received that a gunshot victim was at Southampton Memorial Hospital Emergency Room. Officers responded to the ER and located a victim suffering from a non-life-threatening gunshot wound.

The investigation revealed that the victim and McNeil were arguing, when McNeil pulled out a weapon and began to fire, striking the victim. The suspect fled the scene, and the victim was driven to the emergency room by a private vehicle.

McNeil 19, is also wanted on charges for the use of a firearm in the commission of a felony as well as several other weapons-related charges.

If you have any information as to the whereabouts of McNeil, you may call the Franklin Police Department at 562-8575, or the Franklin Crime Line at 562-8599. You can remain anonymous and earn a potential reward of up to $1,000.