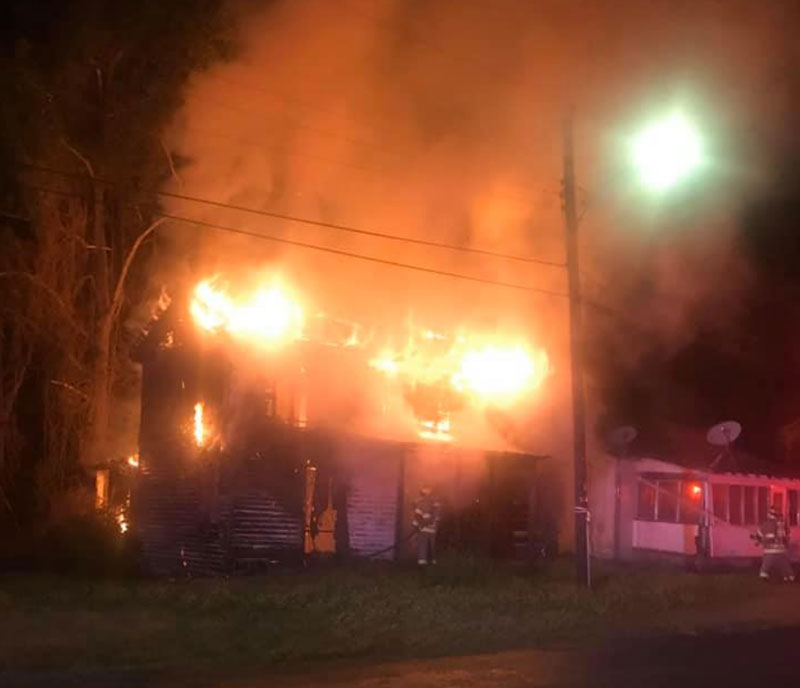 Firefighters from Boykins, Branchville and Newsoms work to put out the fire on this abandoned house in the 18000 block of North Railroad Avenue in Boykins, which occurred in the early morning hours of Monday. A lightning strike caused the blaze, according to Boykins VFD Chief Hank Fuller. -- Courtesy Boykins Volunteer Fire Department

Fuller said his crew was dispatched at about 12:24 a.m. and went to the building in the 18000 block of North Railroad Avenue. They were soon joined by the VFDs of Branchville and Newsoms. According to the Boykins VFD Facebook page, Medic 17 and 48 from the Courtland Volunteer Rescue Squad also came to the scene, but there were no injuries.

Fuller said there was an occupied house six feet away from the fire, but that there was “virtually no damage” to that building.

He said the Boykins team finished and cleared out at about 3:30 a.m.