BROOKLYN, N.Y. — James Luther Henderson Jr., 70, of Brooklyn, New York, departed this earthly life on Saturday, April 11, 2020, in the comfort of his home surrounded by his family. 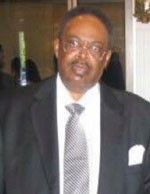 T.L. Faison’s Funeral Care LLC., 301 Park St., Seaboard, North Carolina, has been entrusted with the funeral arrangements, where there will be a viewing on Wednesday, April 29, from 10 a.m. to noon. Interment will follow in the Rising Star Missionary Baptist Church Cemetery, 30277 Little Texas Road, Branchville, Virginia.

Condolences are encouraged and may be sent to the family via www.faisoncares.com.