I don’t know if this is the correct forum for the releasing of this communication or not. I only know I must take this pen and write my thoughts on paper. On Monday, I cried when I heard about the 50 NYC Transit Workers who died from COVID-19. 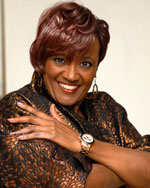 No, I don’t know any of them, but for those moments they seemed like part of my family. I didn’t ask what their ethnicity, gender, age or political affiliation. I called only one person who allowed me to mourn for their loss.

I am tired of the politics.

I am tired of the news media wars and their personal agendas.

The scale tipped today when an organization was criticized for helping COVID-19 victims.

I think as a country we have surpassed and cannot return to valuing each person’s life … too many wars, too many social injustices.

We have done much to oppress the least of them in the name of capitalism and free market.

My lens of the world may be quite different than yours and I have no problem with your view.

But now it seems as if our views don’t agree on everything, which is impossible; then we all become a target.

I am one of those who pray for our President and the nation.

I didn’t vote for him in the last election as many of my friends did. But I am a fanatic about my faith, and I have no problem voting as led by the Holy Spirit.

I don’t agree with many things spoken by our president. He is not my spiritual leader; he is a political leader, the president. I take seriously the Word of God that says we are to pray for our leadership …those in authority.

I wonder was that Scripture removed from the Bible when the previous president sat in the Oval office.

Who am I? I am one of the least of them praying for our nation, the President, our state and local officials.

Theories about the “Deep State” and those who oppose it are so divisive (probably both contains some truth).

I have found peace in not criticizing, complaining and attacking others that I don’t agree with. I am one of the silent majority (according to my own definition).

Why do we have to be so divisive? The Word of God says that this war is not against flesh and blood and that our weapons are mighty.

Are we not coming against the same enemy that wants to destroy this nation and God’s purpose for its’ formation? There has to be a better response. Everything cannot be about status, prestige, power, position and wealth.

In conclusion, only those who have an ear to hear can understand what I am saying. It does not require an intellectual response. I admit, I have been selfish; I needed to express my thoughts. I expect many will not agree or accept what I have shared. But that’s all right; you are not my enemies, you are my brothers and sisters given life, space and time on earth. Let’s make the best of it. Follow your true north; and let’s be more tolerant and forgiving of others. Just saying … .

DR. PEGGY SCOTT is a resident of Franklin, Virginia; senior pastor of Fellowship Around The Word Church; a certified JMT coach; and an international leadership speaker and missionary. She may be reached at fawchurch@gmail.com.

EDITORIAL: GOP primary is a doozy

Warren shines in role with the city

The positives, negatives of being stuck at home in…