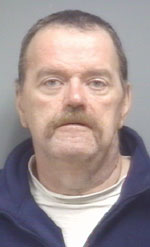 According to Lt. Tommy Potter, spokesman for the Isle of Wight Sheriff’s Office, this investigation began when Smith contacted undercover investigators operating on various social media platforms and chat rooms, and allegedly engaged in conversations of a sexual nature, believing he was communicating with a minor under the age of 15. These conversations, according to Potter, included requesting and sending nude photos and offering to travel to Virginia to engage in a sexual act with a minor. Smith, whose last known address was in North Irwin, Pennsylvania, did, in fact, travel from Pennsylvania to Isle of Wight County, a distance of over 360 miles, to engage in a sexual act with a minor, Potter said, at which time Smith was arrested.

The suspect has been charged with eight counts of use of a communications system to request a minor to expose his or her genitals or engage in a sexual act, first and second offenses. He was taken to the Western Tidewater Regional Jail, where he is being held with no bond.

“The continued investigation of these type of offenses further reinforces the Isle of Wight County Sheriff’s Office commitment to our communities, especially our young people,” Potter said. “It is our aim to provide them with a safe place to live, work and learn without fear of being exploited or victimized by those lurking in the dark shadows of the internet.”