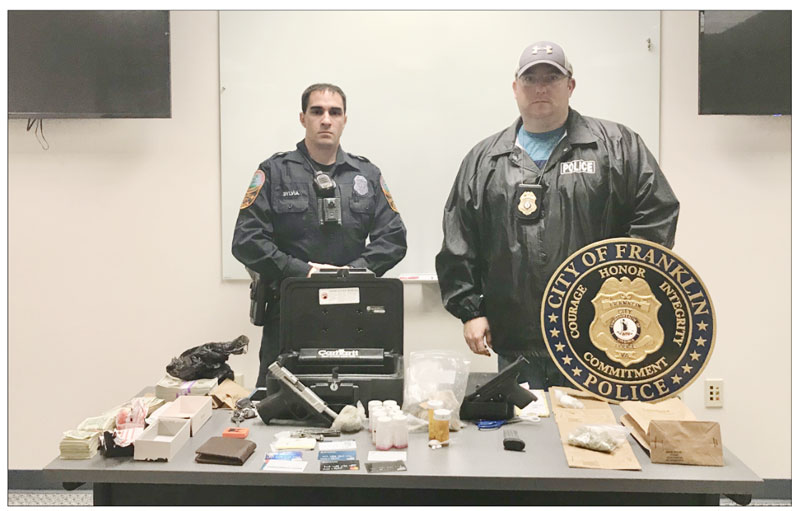 Franklin Police Officer Anthony Sylvia, left, and Detective Cpl. R. Bailey with the display of narcotics, weapons, U.S. currency, both real and counterfeit, all of which was seized following search warrants that were carried out on Thursday. -- Submitted Franklin Police Department

A Franklin man and woman are in custody on charges related to possession of narcotics and weapons. 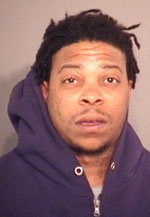 Franklin City Police Deputy Chief Robert Porti announced that at 2:35 p.m. on Thursday the communications center got a call about a traffic hazard in the 100 block of Stonewall Street.

Units responded to investigate the complaint, which led to contact being made with Edward Lee Dickerson Jr. During the investigation, he was found to be in possession of narcotics and was subsequently arrested.

Continued investigation led to a search warrant being executed in the 900 block of Pretlow Street. As a result, several weapons — one of which was stolen — U.S. currency, counterfeit U.S. currency, stolen property and drugs were recovered.

Dickerson, 36, is charged with: three counts of selling or distributing controlled substances; two counts of possession of a weapon while committing sale of drugs; one count each of possession with the intent to sell more than a half-ounce of marijuana; the possession of a firearm by a convicted felon; and knowingly receiving a stolen firearm. 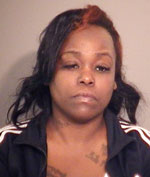 The suspects were taken to Western Tidewater Regional Jail and are being held without bond.

Portis stated, “We would like to thank Southampton County Sheriff’s Office and the Commonwealth Attorney’s office for their assistance in this ongoing investigation.”

In Days Past – The Camps in California