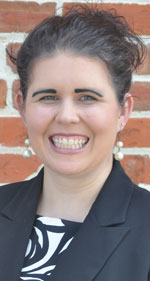 The hospital’s previous parent company, Community Health Systems Inc., had been a for-profit entity, and as such, had been subject to real estate taxes — paying roughly $400,000 to the city each year. Bon Secours, on the other hand, is a nonprofit Catholic health system, and as such, is tax exempt.

According to City Manager Amanda Jarratt, the $400,000 equates to roughly 7-8 cents on Franklin’s real estate tax rate, though she has yet to make any recommendations to City Council as to the city’s real estate tax for 2020-2021.

“It is too premature in the process,” Jarratt said, adding that she had discussed the matter during Monday’s City Council meeting simply to “notify the public of the challenges ahead.”

Despite the loss in revenue, the city remains pleased about Bon Secours’ decision to acquire SMH last year and to come to Franklin.

“We are thrilled to welcome Bon Secours to our community,” Jarratt said. “We look forward to working with them closely throughout the transition.”