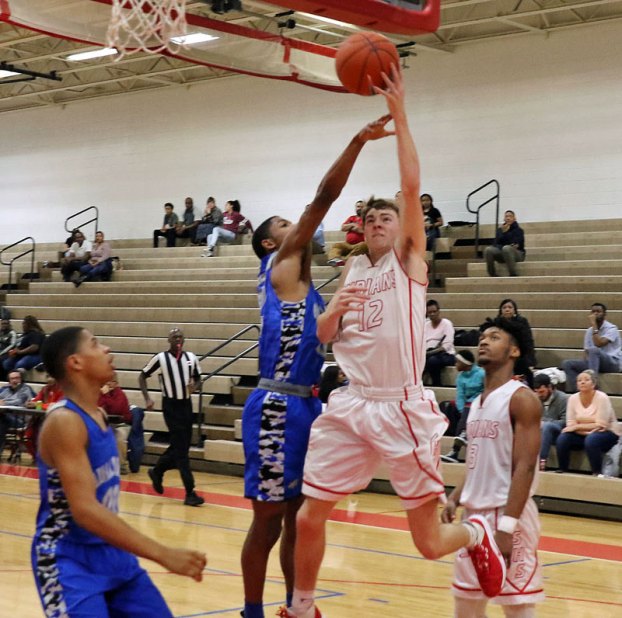 Dale Vick drives under the basket to release a shot. -- Frank A. Davis Tidewater News 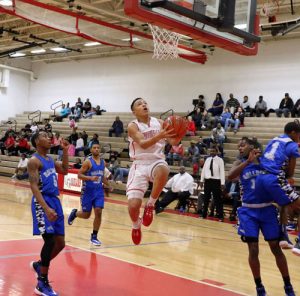 The Bulldogs went to work in the second quarter, pumping in 20 points to the Indians 10 points. By the end of the first half they were ahead 26-21. After the half the Indians had their best quarter of play outscoring the Bulldogs 17-15. But the big scoring machine of the Bulldogs cranked back up for the final quarter to drop in another 20 points while holding the home team to 14 points.

Southampton High School Indians head coach Sharone Bailey said after the game, “Turnovers tonight, we had 22 turnovers and we missed 11 free-throws. Their ball pressure on us tonight gave us some problems. You are not going to beat a good Brunswick team turning the ball over, so we got to work on taking care of the ball and knocking down free-throws.”

Alvin Cannon Jr. lead in scoring for the Indians with 10 points.

In scoring, the Bulldogs had two players in double figures and they were J. Firman with 15 points and J. James with 11 points.

Last shot at the buzzer, which could have tied the game by Kayli Hite. — Frank A. Davis Tidewater News... read more