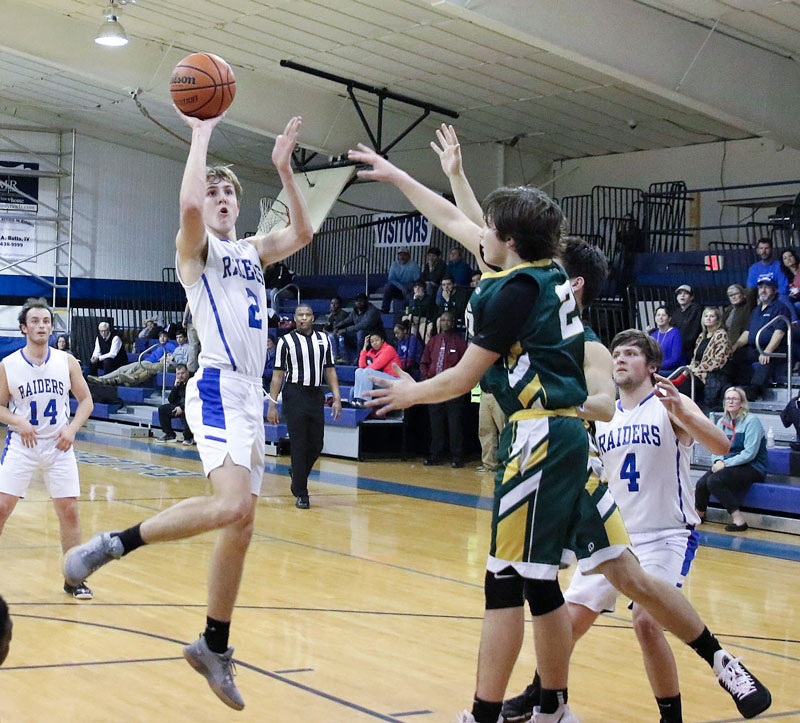 Kaleb Jenkins releases a jumper. He was the high scorer with 17 baskets. -- Frank A. Davis Tidewater News 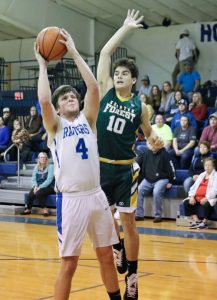 Winston Browne goes up for a jump shot. — Frank A. Davis Tidewater News

The Raiders of Southampton Academy played host to the Kavaliers of Kenston Forest School last Friday. After a slow, close first half of play, the home team came alive in the second half to claim its first conference win of the season with a score of 55-34.

Neither team generated that much offense, as the Kavaliers were ahead 19-18 at the end of the first half. Afterward, the Raiders cranked up their scoring. Kaleb Jenkins had a hot hand in the third quarter as he scored 11 of the Raiders’ 17 points. For the final quarter of play, the Raiders pumped up their offense with 19 points while their defense held the Kavaliers to 5 points.

In scoring for the Raiders, Kaleb Jenkins was the high scorer with 17 points, followed by Winston Browne with 15 points.

For the Kavaliers, Trey Lewis lead with 13 points.

Southampton Academy Raider head coach Chris Pope stated after the game, “I thought that we played a little bit better tonight, especially the second half. We had a lot more intensity on defense. I think that we did so much better the second half and finally made some shots. Just proud of our guys for continuing to come out and play every night and that we finally got a conference win that has been a long time coming.”