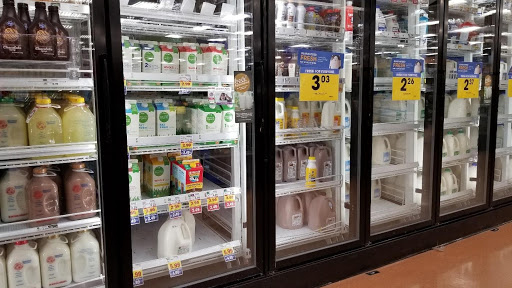 By Will Gonzalez
Capital News Service

As people drink less dairy milk and some turn to plant-based alternatives such as oat, soy and almond milk, dairy farmers say they’re struggling. That’s why Virginia is the latest state to advance legislation restricting the use of the word milk for marketing purposes.

Del. Barry Knight, R-Virginia Beach, introduced House Bill 119, which defines milk as the lacteal secretion “obtained by the complete milking of a healthy hooved animal.” The bill prohibits plant-based milk alternative products from marketing their products as milk. Knight, a pig farmer, said agriculture is the largest private industry in Virginia, and the state government has to protect it. The bill reported out of the Agriculture, Chesapeake and Natural Resources committee Wednesday, and heads to the House floor.

Virginia produced about 1.6 billion pounds of dairy milk in 2018, and the number of permits issued to dairy farmers is on the decline, according to the Virginia Farm Bureau.

“We’re losing about one dairy farm a week in the state of Virginia, and farmers are struggling hard,” Knight said. “I thought, ‘well, maybe these plant-based fluids are capitalizing on the good name of milk.’”

HB 119 was amended to say that 11 out of the following states need to pass similar legislation for the law to go into effect: Alabama, Arkansas, Florida, Georgia, Kentucky, Louisiana, Maryland, Mississippi, North Carolina, Oklahoma, South Carolina, Tennessee, Texas and West Virginia. A bill that passed the North Carolina legislature carried a similar stipulation.

Michael Robbins, a spokesperson from the Plant Based Foods Association, believes the bill is unnecessary, and the dairy industry has created a “bogeyman” in plant-based milk, instead of addressing the tangible issues the dairy industry faces.

“We view these bills as a solution in search of a problem,” Robbins said. “There is no consumer confusion on plant-based dairy alternatives versus dairy coming from a hooved animal. Consumers know exactly what they’re purchasing.”

Mississippi and Arkansas passed their own “truth in labeling” laws for plant-based meat alternatives such as tofu dogs and beyond burgers, which were challenged and overturned on the grounds that they violated the First Amendment. Robbins said if milk labeling bills become law, the plant-based food industry will fight them in court.

“Right now, because none of those bills are in effect, there’s no standing to challenge them in court, but step one would be to file an appropriate lawsuit,” Robbins said.

FRANKLIN International Paper scored a victory recently in its effort to appeal a 2018 Isle of Wight County Circuit... read more