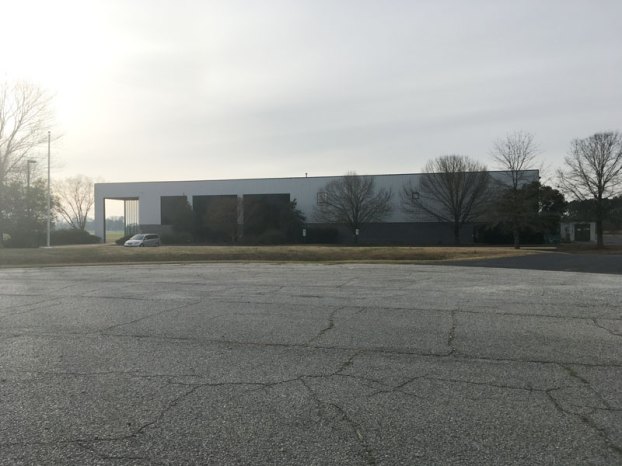 GMAX Industries Inc. has chosen this building in the Pretlow Industrial Park to the site of its new manufacturing and disribution center of medical supplies. Renovations are in progress, and the company expects to begin work in February. -- Stephen H. Cowles Tidewater News

Gov. Ralph Northam has just announced that GMAX Industries Inc., a manufacturer and sourcing agent of medical disposable products for the healthcare industry, will invest $10.5 million to establish a manufacturing and distribution operation at Pretlow Industrial Park in the City of Franklin.

The facility will centralize the company’s operations in-house, creating 40 new jobs, according to a press release from the governor’s office. Virginia successfully competed with North Carolina for the project.

“We are proud that GMAX Industries has chosen to locate in Franklin, where the company will benefit from our world-class transportation network and logistics hub,” stated Northam. “We appreciate the company’s commitment to job creation and investment in rural Virginia, and stand ready to support GMAX as it ramps up business in the Commonwealth.”

Todd Whaley, vice president and general manager for the Franklin site, told The Tidewater News that site renovations are already in progress.

“We would like to begin work in February, but it will be approximately six months to get all the product in the warehouse, so we will be working in a limited capacity in the meantime,” said Whaley, who added that he joined the company in 2016.

The aforementioned medical supplies will include plastic-made bedside basins, urinals, drapes, gowns, and cotton products such as single-use towels.

“We import a good amount from China and also some from the states,” Whaley said. He also noted that the proximity to the Port of Virginia has been another factor in choosing Western Tidewater. “It’s a straight shot to the port.”

The hiring of the full complement of 40 people will be done over several years, he said. For warehouse and distribution work, initially there will be six to 10 people. Later, the company could set up a job fair or attend one of Camp Community College’s events.

According to other details in the governor’s statement, the company is based in Hauppauge, New York, and GMAX Industries’ portfolio includes products for Custom Procedure Kit manufacturers, medical disposable products for healthcare providers through distribution, and finished goods and components for other medical manufacturers.

“This project is an important win for the City of Franklin and the region, as GMAX Industries will bring a shuttered facility back into productive use,” said Secretary of Commerce and Trade Brian Ball. “Virginia’s location and infrastructure will allow the company to reach its distribution network and enter new markets.”

“The high level of assistance and guidance from Franklin Southampton Economic Development, as well as regional and state level economic development, helped drive our decision to do business in Franklin,” said Eric Liu, president of GMAX Industries Inc. “I’d like to extend specific thanks to the City of Franklin staff for the immense assistance and guidance they are providing, which is making our transition into Pretlow Business Park seamless.”

“Jay has been a tremendous help to us,” said Whaley. “We searched for a year and a half and looked in multiple states.”

He said the company found this site via a real estate agent, and that once Brenchick became involved, he was instrumental in getting the things done necessary to establish in Franklin.

“I’m pretty certain I couldn’t have done it without him,” said Whaley.

Local leaders are of course pleased by the news.

“Having GMAX in the City of Franklin helps significantly diversify our local economy,” said Brian Hedgepeth, FSEDI Board Chairman. “The medical device and supply industry is an emerging business sector in Virginia, and we are thrilled to help grow the industry in our locality.”

“I am pleased with the economic development announcement that GMAX industries will invest $10.5 million in new operations in Franklin, Virginia, creating 40 new jobs,” said Del. Roslyn Tyler (D-75). “Job creation and increasing employment opportunities are essential to growing our economy and improving our families’ quality of life in rural Virginia.”

Memorabilia, candles and Mr. Peanut’s iconic cane were among the items set up to memorialize and “shell-ebrate” the life of... read more