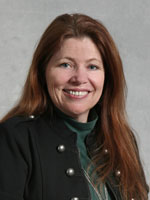 Effective on Friday, Tony Clark ended a 10-year career with Tidewater Publications LLC, which includes being publisher of The Tidewater News, Windsor Weekly and The Roanoke-Chowan News-Herald. At one time he also oversaw The Coastland Times in Manteo, North Carolina.

Clark, who lives in Capron with his family, began at The Tidewater News in advertising in 2010, and moved up to become general manager before being named publisher.

“It would be impossible to describe just how gratifying and enjoyable my time has been here at this newspaper,” Clark said. “I will miss the day-to-day interaction with the people I have been fortunate to work with over the years that I can now call dear friends, but I plan to remain in the community and, fortunately, won’t really have to say goodbye. And I’m thrilled to be succeeded by someone I respect and admire, who also has a deep knowledge of the community and The Tidewater News.”

Early next week, Betty Ramsey will begin work as the new leader.

“I started my career in newspapers at The Tidewater News and I’m excited about this opportunity to rejoin the very talented and successful staff in Franklin and across the region,” stated Ramsey. “I look forward to once again being a part of the Franklin/Southampton/Isle of Wight community and working closely with local leaders, businesses and organizations.

According to her, she started at The Tidewater News in February 2005 as the advertising director. In 2009 Ramsey became the general manager, and in 2010 the president and publisher of the Tryon Daily Bulletin in Tryon, North Carolina. In January 2017, she moved back to Virginia, to Farmville, and was named publisher of Farmville Newsmedia LLC, which includes The Farmville Herald, The Kenbridge-Victoria Dispatch, The Charlotte Gazette and Farmville the Magazine, all of which she will continue to lead.

“Tony Clark’s leadership of The Tidewater News and faithful service to the people of Franklin and Southampton County for the past decade is deeply appreciated,” said Steve Stewart, senior vice president of Boone Newspapers Inc., whom Clark succeeded as publisher in 2013. “Under Tony’s leadership, the newspaper consistently was judged the best of its size by the Virginia Press Association. He is highly respected in the community, and his leadership will be missed. Betty Ramsey, in returning to her newspaper roots, brings a track record of excellence in serving readers, advertisers and communities. The Tidewater News is in capable hands going forward.”

Bessie Hill looks over some fresh apples for sale in the store. Hill said she comes in once a week... read more