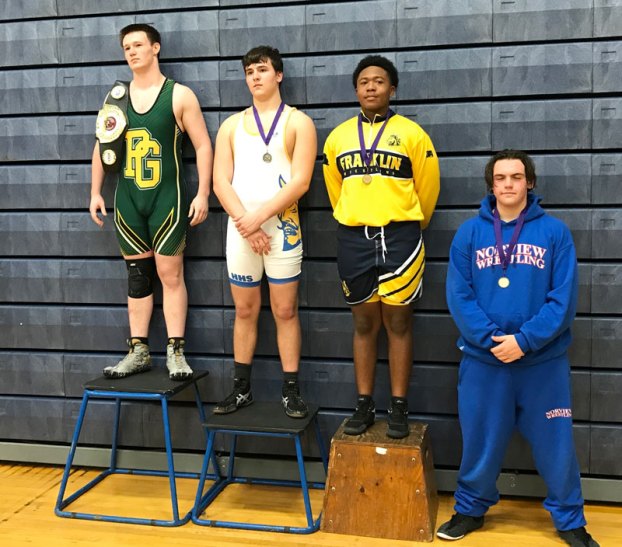 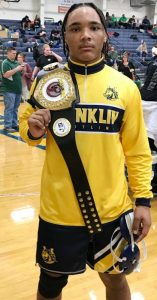 Kemond Rogers with the first-place trophy he earned during the Battle for the Belts Wrestling Tournament in December at Hopewell High School. Submitted | Suzanne Blythe

A Raider puts up a hook shot under the basket. — Frank A. Davis Tidewater News COURTLAND From the tip-off... read more