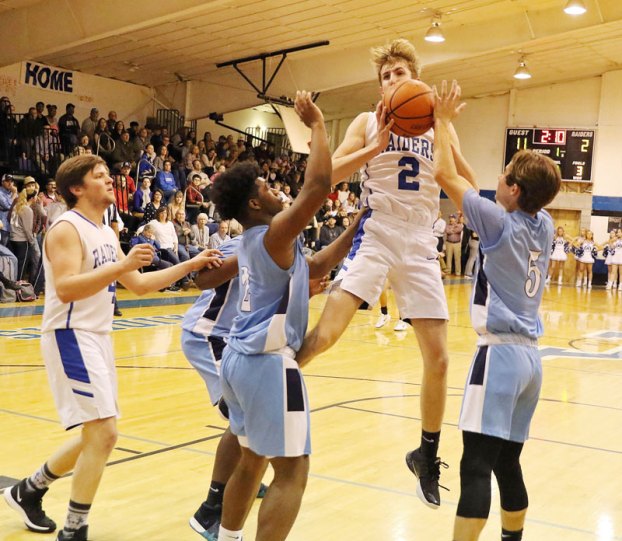 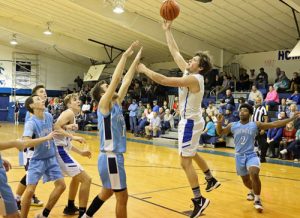 A Raider puts up a hook shot under the basket. — Frank A. Davis Tidewater News

From the tip-off until the final buzzer at the Southampton Academy gym on Tuesday, the visiting Warriors of Tidewater Academy were in charge of the game, and easily won 58-19 over the Raiders boys’ basketball team.

In scoring for the Raiders, Kaleb Jenkins was the high scorer with 13 points.

For the Warriors, Titas Mikalopas lead with 26 points. 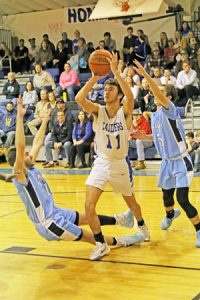 Southampton Academy Raider head coach Chris Pope said after the game, “We got outplayed and couldn’t hit a shot. They shot the ball well in the first half. I thought that if we could have made some shots in the first half it would have been a much closer game. The second half we were already — I wouldn’t say out of it, you are never out of it — but we didn’t shoot the ball any better the second half.”